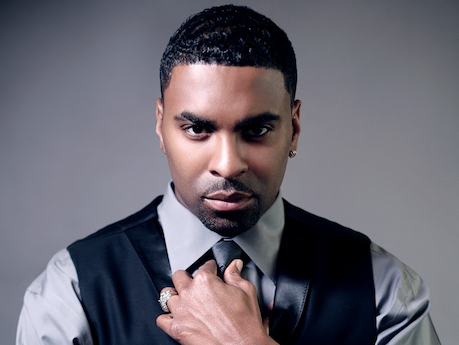 The R&B crooner began his career apart of the Swing Mob, which consisted of R&B/Hip Hop songwriters and artists that were discovered by DeVante Swing of Jodeci.

Ginuwine was one of the top R&B musicians in the mid 90s, and early 2000s. His hits capture the essence of everything we love about those eras. He deserves his flowers based on that information alone.

His music has been sampled by artists of today’s generation as well!

Ginuwine’s debut album was produced by Timbaland, & was an overall remarkable album. This album solidified Ginuwine’s career from the very beginning, & rightfully so: bomb production from Timbaland, A1 vocals from Ginuwine..a match made in heaven.

The hit single “Pony” was an instant classic for Ginuwine and became an immediate success for R&B radio.

Our favorite R&B crooner kept the momentum going with his sophomore album “100% Ginuwine.” This time around, the beautiful ballads like “So Anxious,” & the bop “None of Ur Friends Business” showcased not how good Ginuwine was as an artist, but Timbaland’s innovative techniques as a producer in the late 20th century.

Ginuwine was featured on the Best Man soundtrack with R.L. from Next, Case & Tyrese for the song “The Best Man I Can Be.”

Albums Released: The Life, The Senior, Back II Da Basics, A Man’s Thoughts.

Ginuwine was featured in some pretty amazing songs from the 2000s era. “I Need a Girl (Part Two,” & “Take Away” are flawless records.

Ginuwine went into the early 2000s with hit after hit.

Ginuwine will go down as one of the best R&B musicians to come for the glory days of the 90s.

His music & artistry should be appreciated more by the masses. -MJ.