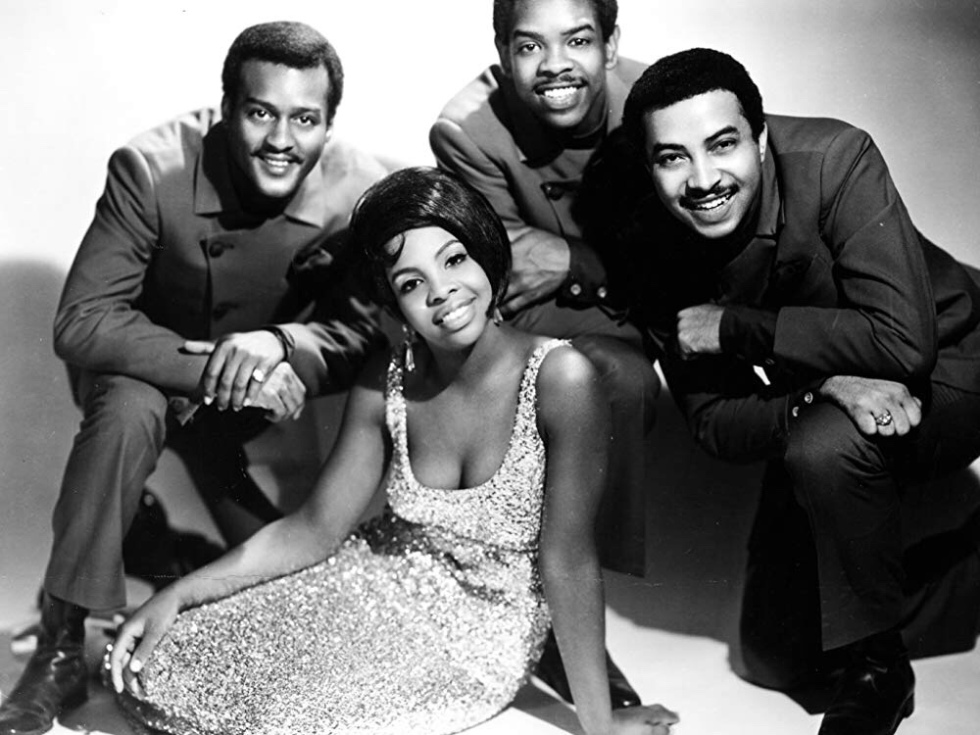 Gladys Maria Knight is one of the greatest singers of all time. With a career spanning over 50 years, Gladys has blessed audiences with her wonderful voice and sound.

Her group “Gladys Knight & The Pips” became a household name after signing with Motown records in the mid 60s, & heated up the charts with songs like “I Heard It Through The Grapevine,” “If I Were Your Woman,” “Neither One Of Us (Wants to Be the First To Say Goodbye,) & Midnight Train To Georgia.

Gladys is getting her flowers because I believe in honoring our legends while they’re with us! 🤗. Her music is EVERYTHING if we’re keeping it a buck!

Gladys has been sampled or covered by some of the best musicians in HISTORY! Period.

The group started as the Pips in 1952, with founding members Gladys (at the tender age of 7,) Merald & Brenda Knight (Gladys brother & sister,) & their cousins William & Eleanor Guest. Brenda & Eleanor were eventually replaced by cousin Edward Patten & Langston George in 1959.

The group signed to Brunswick Records (known for having Jackie Wilson signed to them) in 1957. Eventually they were dropped from the label two years later.

The lineup of Gladys, Merald, William, Edward & Langdon (he eventually left the group in 1962) recorded their version of Johnny Otis’ “Every Beat Of My Heart,” in 1961..& that was followed by Letter Full Of Tears. “Every Beat” was their first number one R&B hit & top 10 pop hit… & “Letter Full Of Tears” was a top 20 hit on the pop charts & top 3 on the R&B charts.

In 1966, the group eventually signed to Motown Records’ through its sub-label “Soul Records”…which was solely for acts who had more of a soulful side than pop.

The group found success with their fourth single “I Heard It Through The Grapevine,” which at the time was Motown’s best selling single & was a top 2 hit on the pop charts for the group!

Word on the street was that Gladys was one of the first to recommend that Berry Gordy sign The Jackson 5. Thank God he eventually did! 🙌🏾

After the success of “Grapevine,” the group worked closely with Norman Whitfield & Ashford & Simpson!

Albums Released: If I Were Your Woman, Standing Ovation, Neither One Of Us, Imagination, I Feel a Song, Claudine, Pipe Dreams, 2nd Anniversary, Bless This House, Still Together, The One and Only, Miss Gladys Knight, Gladys Knight.

The 70s were a good decade for the group. Their second million selling single “If I Were Your Woman” was a HIT!

The hits kept coming with “Help Me Make It Through The Night,” & my favorite “Neither One Of Us (Wants To Be The First To Say Goodbye).

The group left Motown in 1973, & signed with Buddah Records! The Buddah era has some bops!

In 1974, the group recorded the soundtrack Claudine! Produced by the late great Curtis Mayfield, The Claudine Soundtrack was GOOD!

The Makings Of You is my favorite song on the album. I think it is an anthem of Black love, & Gladys just sounds so good on it! 🙌🏾

The group went through contract disputes and recorded solo projects.

Albums Released: About Love, That Special Time Of Year, Touch, Visions, Life, All Our Love.

Gladys & The Pips signed with Columbia Records in 1980, & started to record their album ” About Love” with Ashford & Simpson!

The group’s album Visions had some bops! Save The Overtime (For Me) is one of my favorites! The video is iconic, because it was one of the earliest R&B videos to showcase elements of hip-hop culture! Gladys showed the kids she can adapt into any era of music!

Gladys received a number one single on the collaboration “That’s What Friends Are For,” with Dionne Warwick, Elton John & Stevie Wonder.

For the group’s final album “All Our Love,” one of the final hits they had was “Love Overboard!”

Albums Released: Good Woman, Just For You, Many Different Roads.

Gladys went full force into her solo career in the 90s after the group disbanded in 1989. Her third album was successful for her solo career. Men & her cover of Karyn White’s Superwoman with Dionne & Patti LaBelle was GOOD!

Gladys in the 90s was snapping!

Albums Released: At Last, One Voice, A Christmas Celebration, Before Me.

Gladys didn’t release a lot of music in the 2000s, but when she did…baby she came with IT!

Albums Released: Another Journey, Where My Heart Belongs.

Gladys released two albums in this decade so far, & they are fantastic records! I love when legends stay consistent with the times and drop quality records.

Gladys Knight will always go down in history for her beautiful voice and tunes. They don’t call her the “Empress of Soul” for nothing!

Her voice is so rich and gives you all of the thrills and chills you need from a musician. We need more appreciation posts for auntie Gladys because she’s been overdue for an abundance of flowers. -MJ.