KATRINA LAVERNE TAYLOR IS A HIP-HOP LEGEND. Coming live from the 305 since 1998, Trina has kept the girls on their toes with memorable verses and albums that have changed hip-hop for women forever.

Showing women that you can be raunchy, fierce and be independent in an industry ran by men is what makes Trina an important figure in the world of hip-hop. Here’s why Trina is da Baddest legend:

Her introduction to the hip-hop world was on Trick Daddy’s 1998 single Nann Nigga. Her verse is still flames 20 years later!

Trina’s verse in Take It To The House will forever be the shit!

That’s Cool is my BOP! Silkk The Shocker and Trina had to do what they had to do.

The One Minute Man remix with Trina is fire okay!?

The Right Thurr remix? Trina had to let the girls KNOW!

Trina snapped on Snoop Dogg’s Step Yo Game Up featuring her and Lil’ Jon! So nasty, so rude!

Trina’s verse in Webbie’s Bad Bitch Remix is everything you expect from Trina: memorable lines and a fire ass flow!

The “My Chick Bad Remix” IS LEGENDARY. Period.

“See I’m a 5 star BITCH, cause I ain’t that other bitch. She be struggling for hers, from the womb..I’ve been RICH!” Trina didn’t have time to play on 5 star chick remix.

Tip of my Tounge is a BOPPPPP.

Real One ft. Rico Love is my song!

Trina’s flow of the Boyz-N-The-Hood sampled Fuck Boy is ridiculous. Not to mention how it is my ANTHEM after I stop talking to a guy! AN ETERNAL BOP!

I love Trina’s verse on Missy Elliott’s I’m Better Remix. She still is out HERE working!

Damn featuring Tory Lanez is everything.

& LASTLY..Shut UP. Trina’s verse in this song is easily one of my favorites. She came to slay and play!

Favorites: Da Baddest Bitch, If U Wit Me, Ain’t Shit, Off The Chain With It, 69 Ways, Off Glass, Take Me, Pull Over.

Trina’s debut album made her one of the top female rappers period! She came into the game boasting and bragging about being the baddest and doing all of the madness men put women through. Flow was flawless. Production was flawless. All around flawless. 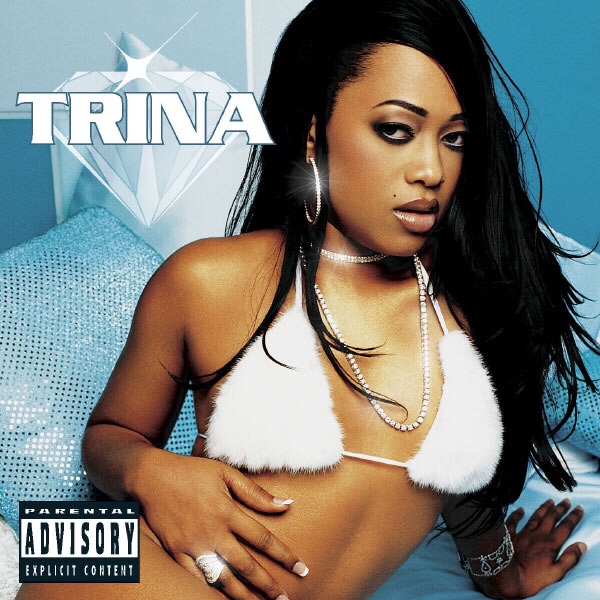 Favorites: B R Right, No Panties, Told Y’all, Kandi, Hustling, U & Me, I Wanna Holla, Ladies 1st, How We Do, Get This Money, Do You Want Me.

For her sophomore album, Trina was able to choose the direction she wanted to go in..& it worked. Working with Missy Elliott, Cool & Dre, Kanye West, & many other producers..Trina dropped an exciting album that has a lot of the Miami sound (I Wanna Holla,) BARSSSSS (Hustling,) & hits that stick like grits (B R Right, Told Y’all,) & a pop hit (Kandi).

Glamorest Life is a remarkable album to me. Mainly because of Here We Go! The rest of the album has bops like Don’t Trip with Lil’ Wayne & Sum Mo with Dre!

Favorites: Stop Traffic, I Got A Thang For You, Hot Commodity, Single Again, Killing You Hoes, Look Back At Me.

Trina kept her infamous gritty flow with Killing You Hoes, Single Again & Look Back At Me. TIMELESS HITS! Period! 🗣 & don’t get me started on Stop Traffic. That’s a mf bop.

< strong>Favorites:That’s My Attitude, Million Dollar Bill, Always, Let Dem Hoes Fight, By Myself, Dang a Lang, Currency, On da Hush, I Want It All, Currency, My Bitches, White Girl.<<<<<<<<
youtu.be/TlKkTQ7zP6c

Trina’s most recent album was my mood senior year of high school! Trina snapped on That’s My Attitude period. Amazin’ is one of my favorite Trina albums. The growth is there, & she shows the world she still has it.

Here’s Trina recent single w/ K. Michelle! If It Ain’t Me is the classic Trina I fell in love with. & if you ask me? Issa banger! Y’all slept too hard on this one.

While we wait for the release of Trina’s new album “The One,” we have to give our good sis her flowers. In her almost 20 year career, Trina hasn’t disappointed me ONCE. Hopefully she continues the streak of being da Baddest to ever do it PERIOD. 🔥🌸🌼🌻🌺🥀