When you think of R&B music in the 20th century, DeBarge HAS to be brought up. During their ten years of being a group, they’ve managed to create some of the best music in the history of Black culture. Coming from a troubled background and being taunted for being biracial (Black and White,) they found solace with music and will always be great for it! 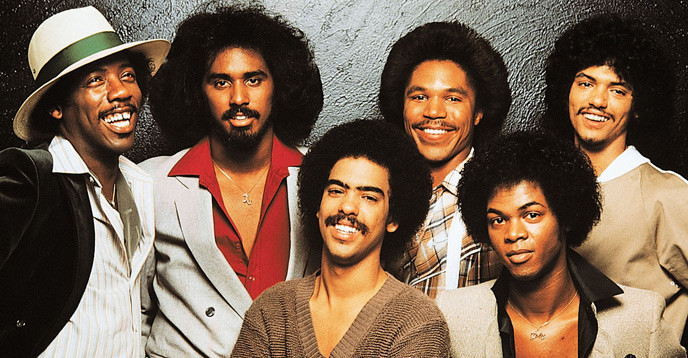 The group had moderate success, until they signed to the famed Motown label of course. They were known for the most amazing R&B hits ever: There’ll Never Be, I Wanna Be Closer, You’re The One For Me, I Call Your Name & Love Over & Over Again. Bobby was the lead singer (his vocals WERE CRAZY!), and brother Tommy DeBarge was in the band as well. They eventually left the group, and Bobby was overseeing production for DeBarge’s albums!

DeBarge are one of the most sampled acts of ALL time.

The album cut Stay With Me from 1983’s “In A Special Way” is easily sampled the most in R&B and Hip-Hop’s most legendary songs.

Stay With Me was sampled on The Notorious B.I.G.’s remix of One More Chance/Stay With Me single with R&B legends Mary J. Blige and Faith Evans.

Love Me In A Special Way is a solo by Eldra (El) DeBarge.

Well, R&B legend Tamia covered Love Me In A Special Way for her 2000 album “A Nu Day.” SHE DID NOT PLAY ANY GAMES. LIKE LITERALLY!

There’s so many songs that have sampled A Dream, that it’ll take forever and ever to explain how great this song is. The production is IT!

Blackstreet made a timeless R&B hit sampling “A Dream.”

Baby Rihanna sampled A Dream for There’s A Thug In My Life. She also sampled Rhythm of the Night for the title track of her debut album “Music of the Sun.”

Mary J. Blige is a diehard fan of the DeBarges as we could tell from her cover of A Dream for the Money Talks soundtrack in 97.

Mary also covered Share My World and named her album after the DeBarges iconic hit. A STAN!

& before we go into album mode, we have to discuss the greatness that is Quincy Jones’ Secret Garden! El being featured on this timeless quiet storm record is the best thing to happen to R&B period!

Favorites: What’s Your Name, Dance The Night Away, Queen of My Heart, Hesitated, Saving Up (All My Love,) Share My World, You’re So Gentle, So Kind, Strange Romance.

Their debut album is an overlooked gem! The group consisted of Bunny, Mark, Randy and El at the time, and saw almost no success due to the lack of promotion from the Motown label. It’s a shame because it showcased how perfect those harmonies worked well together. Certain songs would later go on subsequent albums, but the fact that this album is so slept on..makes me upset.

Favorites: All This Love, I Like It, I’ll Never Fall In Love Again, Can’t Stop, I’m In Love With You, It’s Getting Stronger.

After the moderate success of their debut album, DeBarge revamped the group and added in brother James..making them a group of five and not four anymore. Two of their most classic songs rest on this album: the title track and All This Love. This album is pretty awesome!

Favorites: A Dream, Love Me In A Special Way, Time Will Reveal, I Give Up On You, Baby, Won’t Cha Come Quick, Stay With Me.

In A Special Way is my favorite DeBarge album. Why? It’s a bonafide CLASSIC! It had amazing hits and the songwriting was just immaculate. The harmonies on the songs were IT! The gospel inspired Love Me In A Special Way, Stay With Me, Time Will Reveal are important songs in R&B history. & A DREAM? Sung by THE Bunny DeBarge? GREATNESS. SHOW STOPPING. BRILLIANT.

Favorites: The Heart Is Not So Smart, The Walls, Rhythm of the Night, Share My World, Give It Up, Single Heart, Who’s Holding Donna Now.

DeBarge’s final album with Motown was ironically their best selling album to date. Thanks to the Diane Warren pinned title track, and songs like Who’s Holding Donna Now?, The Heart Is Not So Smart and You Wear It Well..it pushed the album to go platinum. There’s tons of amazing songs on this album, and it needs to be discussed SOOOOO much more.

Favorites: Say You Do, All Over, Dance All Night, Take It to the Top, I Got You Babe, Every Time I Think of You, You’re Not the Only One.

After El & Bunny embarked on their solo careers with Motown, the remaining members called on brother Bobby to produce what would be their final album for a local label (Striped Horse). Bad Boys is a pretty solid album with great ballads from James and Bobby, to great bops like Dance All Night! I Got You Babe is my favorite, because those vocals? LISTENNNN. It’s sad that it is their final album as a group, but it is not bad for a farewell.

The group disbanded in 1989, and everyone pretty much had their own solo careers..or left the music industry altogether.

The great Bobby DeBarge passed away in August 1995. Brothers El & Chico have had amazing solo careers, but the DeBarge family didn’t have a major comeback on the charts until 2009. James DeBarge’s daughter Kristinia had a hit with the Babyface produced, “Goodbye.”

Kristinia has since gone independent and still makes music. She is a cast member on the weTV show “Growing Up Hip-Hop,” and just signed to Capitol/Priority Records. Her recent single Pink Love is one of my favorite singles released in 2017.

As for El…..he’s still releasing quality music! My favorite recent single of El’s is Lay With You with R&B legend Faith Evans.