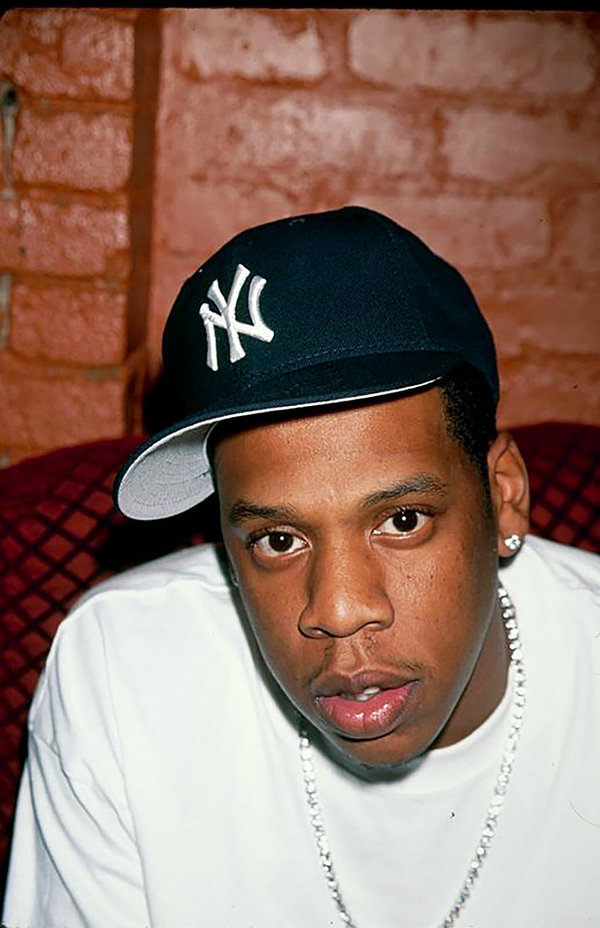 KING HOV! 🙌🏾🙌🏾🙌🏾🙌🏾🙌🏾 Jay Z is easily one of the greatest rappers of all time. He’s seen commercial success with his own music..& by collaborating with some of the greatest acts of all time…from The Notorious B.I.G., Kanye West, R. Kelly, Mariah Carey, Rihanna & his wife Beyoncé.

He’s an entrepreneur, former president of record labels (Def Jam) & founder of Roc-A-Fella records & Roc Nation. Father to Blue Ivy, Sir & Rumi…but before being all of these things..Jay was out here WORKING AS A RAPPER okay!? He’s one of the most legendary hip-hop artists. A certified hit maker. Why you ask? Well let’s look at some of his most memorable collaborations:

Best of Me with Mya? A bop.

Jay’s collabs with Foxy Brown are iconic! I’ll Be for example:

As for his frequent collaborations with the wife? TIMELESS

Is That Your Chick? FLAMES BRO!

When Linkin Park & Jay Z collaborated for the one time? Mannnn. 😩🙌🏾🔥

His verse on Lil Kim’s Big Momma Thang is completely everything that is lit. 🙌🏾😩

Favorites: Can’t Knock the Hustle, Ain’t No Nigga, Brooklyn’s Finest, Coming of Age, Bring It On, Regrets, Can I Live, Feelin’ It.

Jay’s debut album is every die hard fan’s favorite, and it is very obvious why. It is vintage, classic and raw before he became polished and the established legend he is today. With songs like Ain’t No Nigga, Can’t Knock The Hustle, Can I Live and Dead Presidents, Reasonable Doubt is a must have from Jay’s collection.

Favorites: Face Off, I Know What Girls Like, The City Is Mine, Friend or Foe 98, Imaginary Player, Lucky Me.

Young Jay Z had some hits under his belt! His flow improved from his debut, and it was very noticeable.

Favorites: Hard Knock Life (Ghetto Anthem,) Ride Or Not, Money, Cash, Hoes, Can I Get A…, Nigga What, Nigga Who (Originator 99,) Money Ain’t a Thang, It’s Alright, Paper Chase.

Favorites: Big Pimpin, Things That U Do, So Ghetto, Snoopy Track, S. Carter, Watch Me, There’s Been A Murder, Pop 4 Roc.

The flow on Vol. 3 was flawless during this era! Big Pimpin’ is the best song ever! Street rap was the focus on this record, and it worked.

Favorites: I Just Wanna Love U (Give It 2 Me,) Change The Game, Streets Is Talking, You, Me, Him and Her, Holla, Where Have You Been.

I feel like this album is often forgotten when it comes to the majority of his popular albums, but “The Dynasty” has great moments. The successful single “I Just Wanna Love U” is one of my favorite songs, and the entire album is fire.

Worthy of being Jay’s magnum opus, The Blueprint showcases why Jay IS the blueprint for rappers in the new century. Wonderful lyricism over soulful samples and banging beats, The Blueprint is easily one of the best rap albums of all time.

The Blueprint 2 is PURE FLAMES! With producers like Kanye & Just Blaze, Jay’s flow on this record is great if you ask me.

The Black Album is on the status of magnum opus for Jay. 99 Problems? Iconic. Dirt Off Your Shoulder? A bop! This album was supposed to be his final album at the time (we’re glad it wasn’t,) and if it was…it would’ve been an incredible farewell to an already great discography! This album is easily in his top three.

Favorites: Oh My God, Show Me What You Got, Lost One, Do U Wanna Ride, Anything, Hollywood.

A concept album for the 2007 film “American Gangster,” AG was a relaxing record that paid homage to the soulful sounds of the 60s and 70s.

Favorites: Already Home, Run This Town, Empire State of Mind, Young Forever, D.O.A., On To The Next One, Thank You, Real As It Gets, Off That, So Ambitious.

The Blueprint 3 is an ALBUM! It’s one of my favorites, and it has hit after hit. If he doesn’t have another “blueprint” album in mind, he ended it on a good farewell. Quality production. Showstopping. Spectacular.

MCHC is one of my favorite albums from Jay Z. Working with Frank Ocean, Rick Ross, Justin Timberlake and Bey, Jay has a perfectly produced work here.

4:44 is an album where we see Jay Z open up the most. He recognizes his flaws as a son, man and husband…and makes one of his most amazing works this decade!

Shawn Corey Carter has paid his dues, and has become an extremely successful entertainer and businessman. He’s a legend for making quality music, and timeless raps that’ll stand the test of time. I’m intrigued by what’s to come. Give the man his flowers.