R&B in the 90s is not worth mentioning if you do not include Xscape in the discussion. Xscape WAS the 90s. When I think of Xscape, I think of My Little Secret, Understanding, Just Kickin’ It, Who Can I Run To, & The Arms of the One Who Loves You. I can think of many more of their hits, but those are just a few of the hits they’re known for. Xscape had 3 consecutive platinum albums & top ten hits. Their harmonies were/are on POINT. Tell me why they’re not worthy of appreciation? 🤔

LaTocha & Tamika Scott, Kandi Burruss-Tucker & Tameka “Tiny” Cottle-Harris are the members of Xscape, & in my eyes..I think they’re legends who deserves their flowers. Here’s why:

Favorites: Tonight, Love on My Mind, Understanding, With You, Is My Living In Vain, Pumpin’.

Xscape didn’t come to play with these heauxs on their debut album. Their harmonies are just sickening! This is very evident on their twist of the Clark Sisters classic “Is My Living In Vain,” & Tonight. This is an album you cannot sleep on.

Their song for The Mask soundtrack is good too! Very underrated, but awesome. 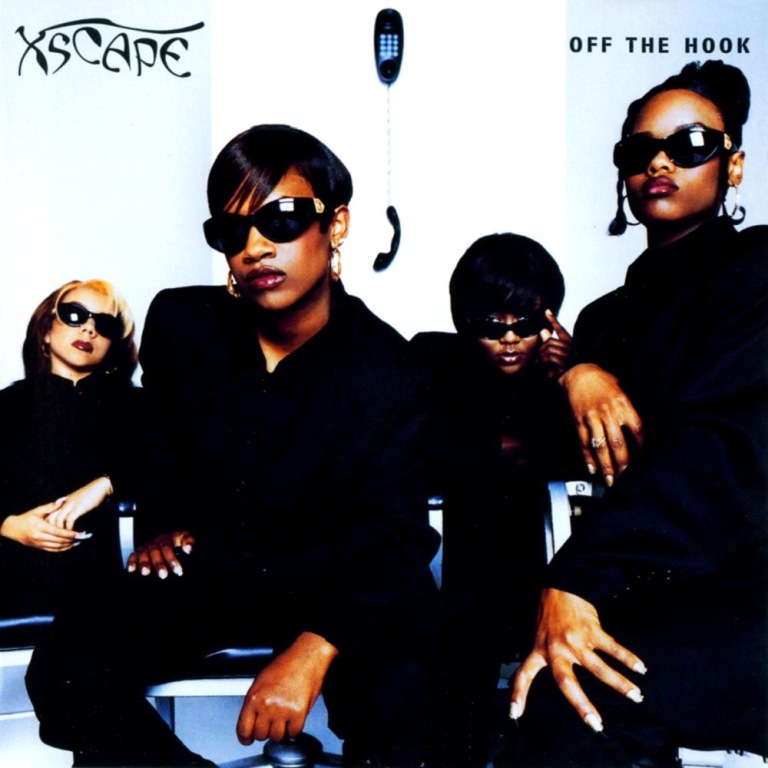 Favorites: Feels So Good, Can’t Hang, Who Can I Run To, Do You Want To, Do Like Lovers Do, Love’s A Funny Thing.

Off The Hook is my favorite album. Why? Because they ditched the baggy clothes and became grown women. Jermaine Dupri had time for the group signed to his label. TIME!!! Their cover of the Jones Girls classic Who Can I Run To rests here, & is led by the Scott sisters.

Their vocals are just those gospel vocals we all heard growing up in the church! Don’t get me wrong though. Kandi & Tiny had time on this album too (Tiny on Do You Want To, & Kandi on Feels So Good & Do Like Lovers Do).

THEEEE Love Jones soundtrack featured Xscape’s cover of In The Rain. Tiny & Kandi get a lot of flack for these vocal capabilities, but in all honesty, I prefer their version of this song over any other one. The emotions, the smoky jazz like production..perfection in my opinion!  Tiny had me in my FEELINGS when I first listened to this. 😩🙌🏾

Favorites: My Little Secret, All I Need, Your Eyes, I Will, The Runaround, Softest Place on Earth, Hold On, The Arms of the One Who Loves You.

Their recent album to date turns 20 next year, & is better than any album that’s currently out. Debate that tea with your mama. 🤗 Every song sounds fresh & amazing, which is why it makes them legends. Quality > quantity. Xscape knew how to make QUALITY MUSIC!

Although the group eventually split after this album because of their differences and to pursue their own endeavors, this album is a testament that they left a trace of their lipstick on the industry and it hasn’t been the same since.

Kandi also pursued a solo singing career, & had a hit with Don’t Think I’m Not. She’s currently a star on the Bravo hit show The Real Housewives of Atlanta.

The other ladies of Xscape ventured into their own endeavors and I think we all know them, but with a new member Kiesha Miles…they tried to come back in the game, & had a minor hit with What’s Up..which was featured on the soundtrack for the cult classic Black film, ATL.

Xscape recently announced their reunion a few weeks ago, & that there are a lot of things coming up for them. It’s fresh, but for someone who’s loved them forever, it was incredible to hear. Whether if it is a reunion tour, album, or both..fans of this incredible group are READY. It took the girls a while to get back on track and reunite for the fans, but it’s never too late!

Do Xscape has a chance to prosper in 2017 after 19 years of being apart? Of course. Legends always come through with incredible harmonies & memorable songs…& that’s what Xscape has been doing since 93. -MJ ❤️