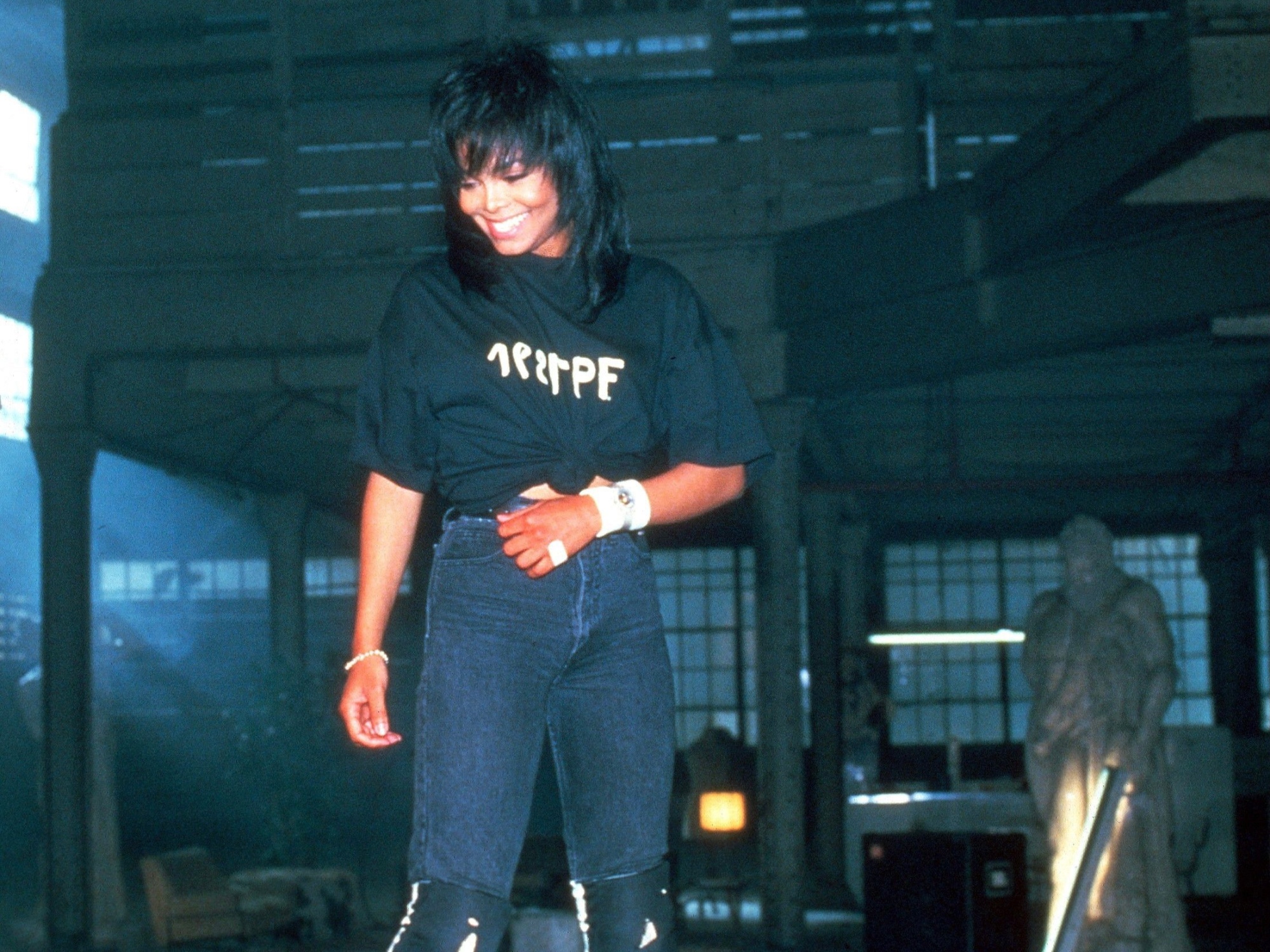 This is a story about control…

Janet Jackson was the baby of the iconic Jackson family, and began her career at 10 years old as an actress. Appearing on shows like the family’s variety television series The Jacksons, Good Times, Diff’rent Strokes and Fame, Janet became a household name in her own right.

At the age of  16, Janet’s father Joseph secured her a contract with A&M records..and released her eponymous debut and her sophomore albums Dream Street in 1982, and 1984 respectively. Songs from these albums didn’t have the best success on the pop charts, but were very successful on the R&B charts.

During that time frame, Janet experienced a lot from her professional career. Also, she went against her family wishes and married James DeBarge from the Motown R&B group DeBarge. The marriage was eventually annulled in late 1985.

Janet severed professional ties with her father, and hired John McClain to be her manager. McClain was the senior Vice President of artists and repertoire and general manager of A&M records at the time, and Janet she just had to get out from under her father. She realized it was the hardest decision she’s ever had to make, and her dad resented McClain for what he saw as a way to steal his daughter’s career from him. It’s easy to understand Joseph in a way: he was the machine behind his older children…and his drive was why Michael had such an spectacular career.

McClain however stated he wasn’t trying to do anything of the sort, and eventually introduced her to the songwriting/production duo of James “Jimmy Jam” Harris III and Terry Lewis, who were ex-members of The Time and were behind many of the hits from their colleagues at the Tabu label like The S.O.S. Band, Cherrelle & Alexander O’Neal.

When Jimmy Jam & Terry signed on for Janet’s third album, they wanted Janet to have crossover success, but reiterated the importance of making sure this album would be in every Black home in America. Period.

The duo spent a week getting to know Janet and what she wanted from her era and want to say.. & it worked out in the end.

Janet’s third LP (titled Control,) was released on February 4, 1986…& it sounds better than any album out right NOW. Containing autobiographical themes, Control’s lyrics come from the recent changes in her life (from the annulment and cutting professional ties from her father and the rest of the Jackson family). Control had a combination of genres throughout the album like R&B, funk, hip-hop, disco and synthesized percussion that not only made the trio leading innovators of contemporary R&B, but originated the sub genre that came to be known as “new jack swing.”

What Janet has always been criticized for was that her brothers was the reason for her success. & what I will tell you is that a LIE. Control began Janet’s reign as an icon and not the little sister of the Jacksons, and ever since…she’s been the one. The album gave Janet the commercial breakthrough she deserved, and transitioned her into the pop music market, being on her big brother’s peers. Control made Janet a bonafide superstar, & feminist. Control is one of the most influential albums that helped bridge the gap between R&B & rap music, and inspired a lot of today’s women in the music industry to follow her blueprint. Now that’s legendary.

Control topped the Billboard 200 & the Billboard Top R&B/Black Albums after twenty weeks, selling over 250,000 copies in a single week. The album has since sold over 10 million copies, and has been certified 5x platinum by the RIAA.

Ladies and gentlemen, I present to you: Janet Jackson’s “Control.” 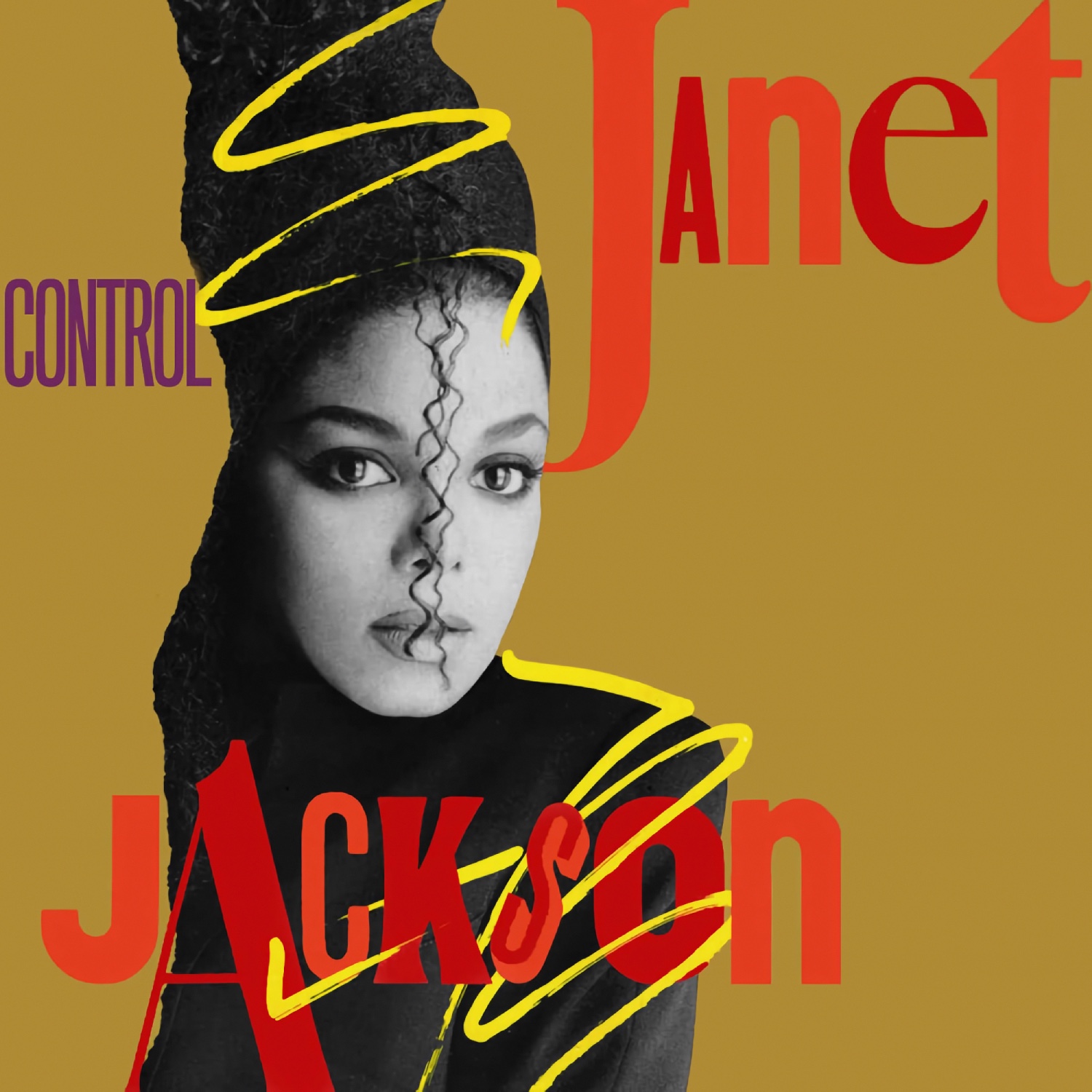 The title track sets the tone and mood for the entire album as it is the definition of Janet’s independence from her father, whom she fired as her manager after her first two albums didn’t do well commercially.

The dance track also discusses how she wants to finally take control of her life. Released as the fourth single from the album, Control became her fourth consecutive top-five hit on the Billboard Hot 100 and the Billboard R&B/Hip Hop charts respectively. The song has been sampled in songs by El DeBarge & Ab-Soul. 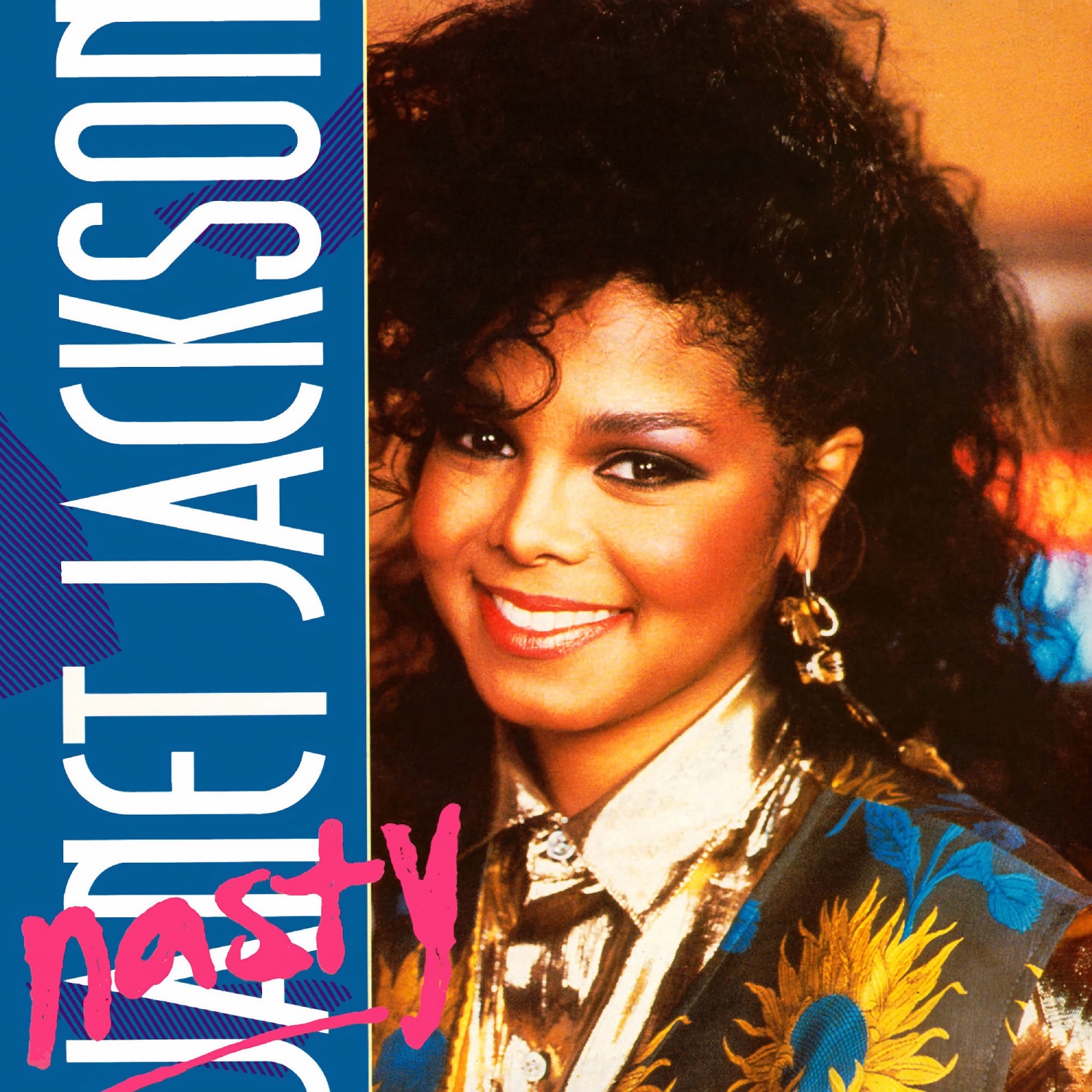 Janet coined her iconic phrase on the amazing Nasty. A song with elements of R&B, funk and new jack swing, Nasty was a response to harassment from guys on the street. From emotionally abusive remarks to sexually threatening comments, Janet snapped back & demanded respect from men. It became a signature song for Jackson, and has been dubbed one of the greatest pop songs of all time. Released as the second single, Nasty is also a top 3 hit for Janet on the Billboard Hot 100 & number one on the Billboard R&B/Hip Hop charts respectively.

Nasty has been sampled by Bell Biv DeVoe & Janet herself.

What Have You Done For Me Lately 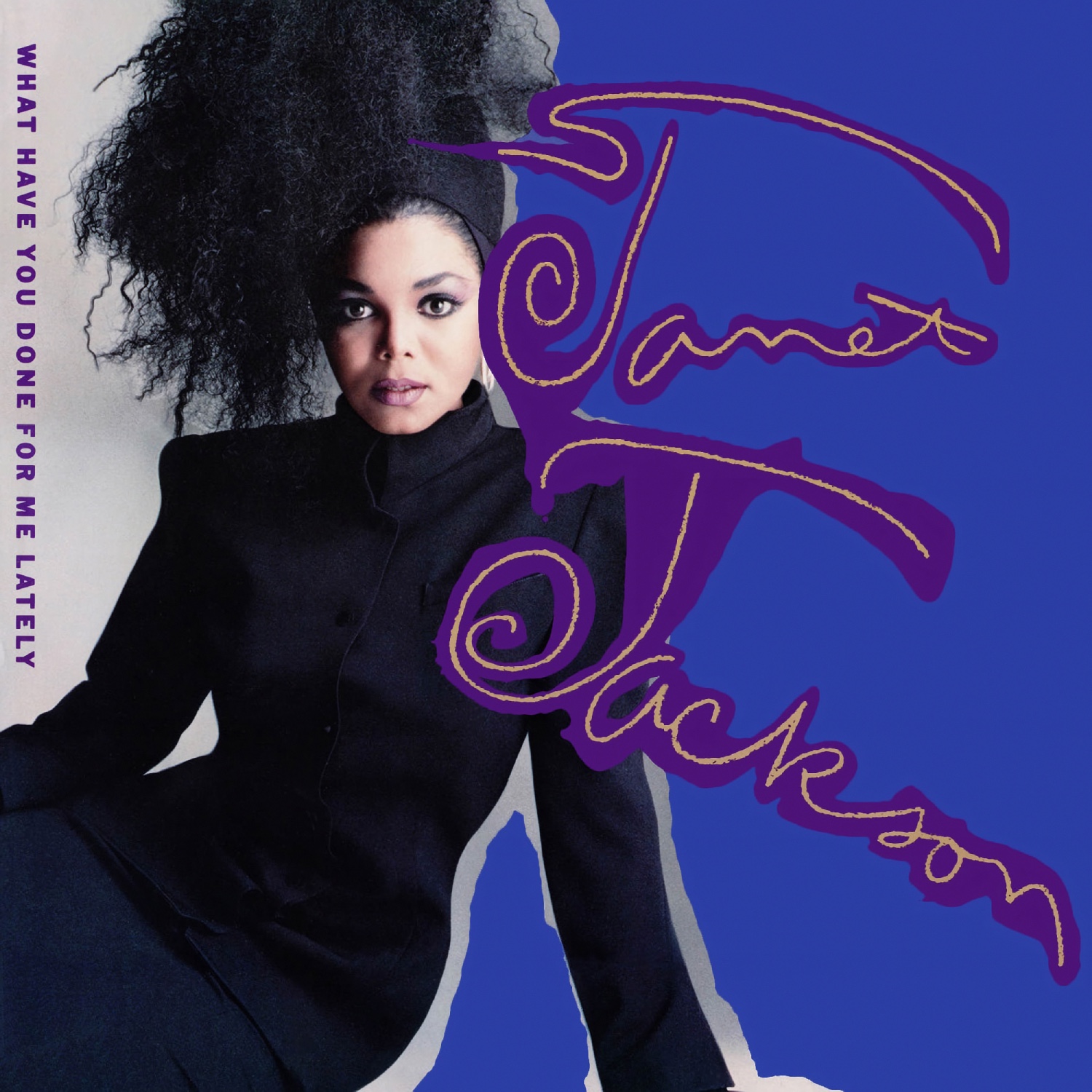 An uptempo dance record, What Have You Done For Me Lately established Janet as an international superstar. It was an empowerment record for women that begins as a conversation between friends, with one asking Janet why her lover isn’t treating her like she used to. The song is also known for its message of not settling. The song was originally penned for Jimmy & Terry’s own records, but the lyrics were rewritten to express Janet’s feelings about her recent annulment from James DeBarge.

The song peaked at number four on the Billboard Hot 100 and number one on the Billboard R&B/Hip Hop singles charts, and was also certified gold. It has been sampled and interoperated by Vanessa Williams & the St. Francis Choir featuring Ms. Lauryn Hill.

You Can Be Mine

An album cut that has Janet asking someone she’s interested in to make the next step cause she’s really feeling him.

The Pleasure Principle is a work of ART. Although the song doesn’t have any involvement with Jimmy & Terry, but Monet Moir..who is the original member for The Time.

The song contains lyrics about not settling for a materialistic loveless relationship. The video was iconic alone for Janet entering a loft to practice her dancing skills by her lonely.

The choreography has been appreciated and re-enacted by many of the entertainers that have come after her. We love to see it! The Pleasure Principle gave Janet another number one hit on the Billboard R&B/Hip-Hop charts, and another top twenty hit on the Billboard Hot 100 chart. The song has been sampled by acts like Snakehips & Paula Abdul, who worked with Janet on a lot of her choreography.

When I Think of You 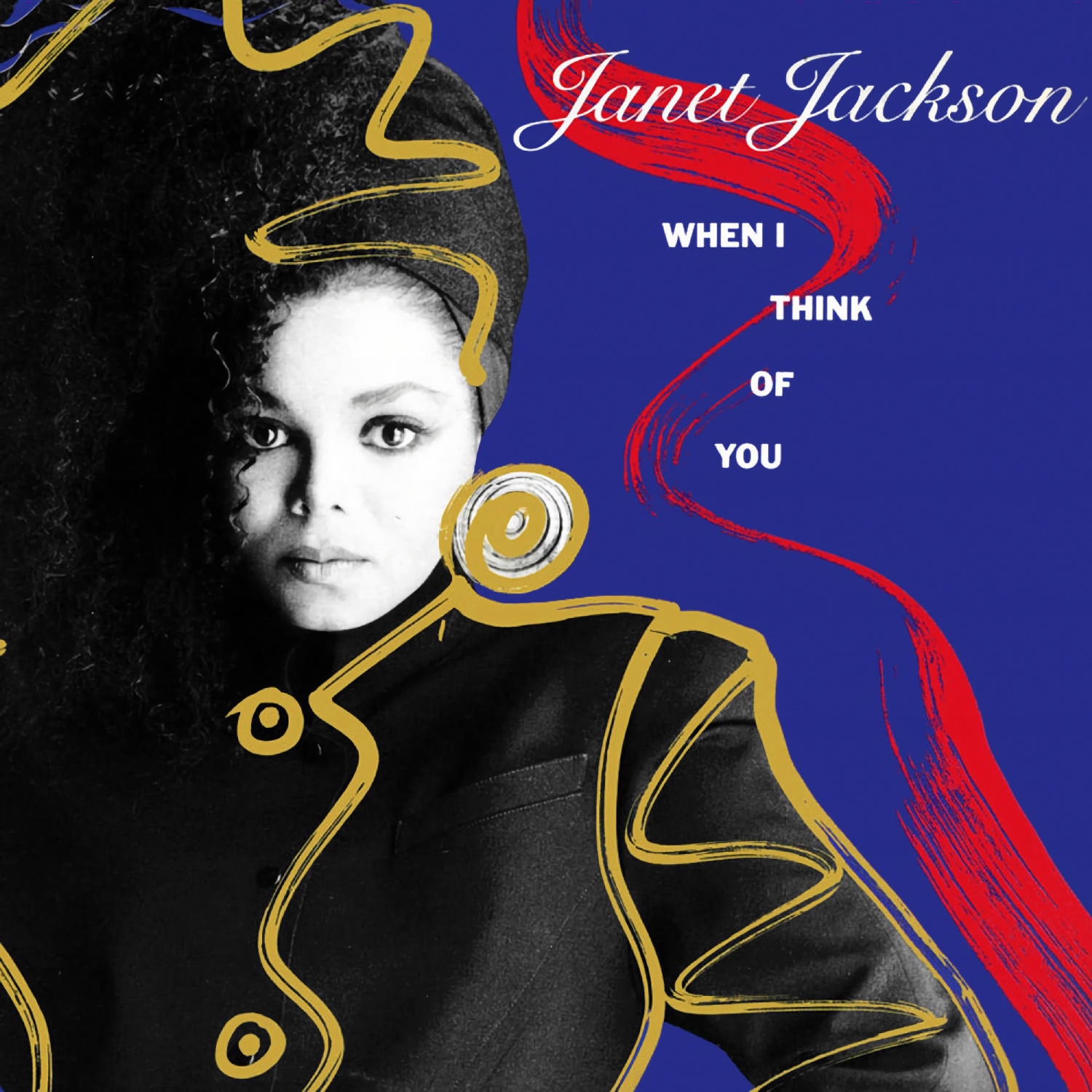 When I Think Of You was a moment okay! The song is about finding solace and comfort in her lover and how she’s so infatuated with him, she never wants to leave him. When I Think of You became Janet’s first number one hit on the Billboard Hot 100, making her the youngest artist to top the chart since Stevie Wonder. Another fun fact is that it made her and her brother Michael the first and only siblings to have number ones as a solo act. Iconic!

In today’s terms, we’d call this song being afraid to shoot your shot! Well Janet wanted to get the courage to tell this guy how she felt. An album cut that deserved more. While writing this album revisit, I came across a cover of this song by Blood Orange and THEEEEE Solange! It’s so dope.

The fifth single from Control, Let’s Wait Awhile discusses intimacy and practicing abstinence, and waiting until the time is right. The song was released at the time of the HIV/AIDS pandemic, and this song has praised for its message of raising awareness for abstinence. It eventually became common for Janet to discuss what’s going on in the world at the time. The song peaked at number two on the Billboard Hot 100 chart, while giving Janet another number one hit on the R&B/ Hip Hop charts.

Funny How Time Flies (When You’re Having Fun) 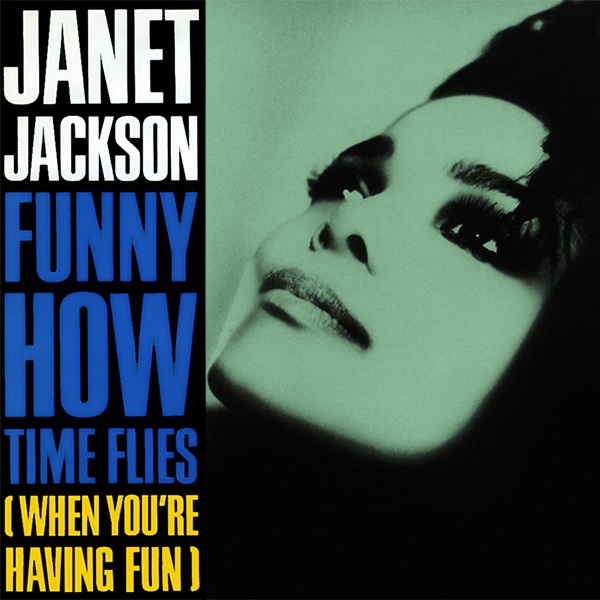 I love a quiet storm record! Funny How Time Flies is a mf record! One of my favorite songs, it closes out the album, and is a fan favorite as well. Lyrically, the song is about having fun and wondering where the time has gone. It did not chart in the United States, but it was a huge success on adult R&B and soul radio stations. The song has been sampled by SWV, Robert Glasper, The Lost Boyz, Tinashe and Camp Lo. Stanley Clarke also covered the song.

Janet Jackson’s legacy was cemented with Control alone. Control was her first album to top the Billboard 200 and five of the singles peaking within the top five of the Billboard Hot 100 charts respectively. Along with her brother, Whitney Houston and many other black acts…their videos were in constant rotation on MTV, who at the time played mainly white acts on their television station.

Also, another record Control broke was for the longest continuous run on the Hot 100 with singles from one album, which was 65 consecutive weeks. You know who she best with that type of accomplishment? Her brother Michael.

At the end of the day, put some respect on Janet Damita Jo Jackson’s name. After control, she has gone on to selling over 100 million records, holds the record of the most consecutive top-ten entries on the Billboard Hot 100 chart…10 of them being number one hits, 28 top ten R&B hit singles, 16 of them being number one…I can go on and on. Well anyways Janet: thank you for pushing the envelope and being an inspiration for Black women everywhere. You are always going to get your flowers while you’re with us. -MJ!