When you think about it, Millie Jackson is an innovator. Jackson is known as the mother of Hip-Hop, because of the raunchy, humorous and explicit raps. The long spoken word raps solidified Millie Jackson and was a hero to many women in the ghetto.

Jackson’s career began in the early 60s, but she became a household name after the releases of her first three albums Millie Jackson, It Hurts So Good & I Got To Try It One Time.

Millie’s fourth album Caught Up was released in 1974, & made her a LEGEND. A concept album, Caught Up is a soul opera that discuss the aftermath of an affair coming to light. A love triangle being exposed wasn’t common in music at the time.. HELL the album art alone tells you that it is going to be something! 🗣😅

The album began many conversations about the dynamics of an affair and how it can damage the black family. Infidelity wasn’t talked about publicly in the world of music as much as it is now. We have Beyoncé’s “Lemonade” & Usher’s  ”Confessions,” but in the 70s, Millie brought it to mainstream R&B music in my personal opinion.

The dialogue in Caught Up is truly flawless. Side A is from the other woman’s point of view, while side B is how the wife feels. & that’s the beauty of Millie Jackson and this album. She gets that women have been on both sides, and they both deserved to be heard. I think this is why Millie caught a lot of flack with men when it came to her music. Nevertheless, Caught Up became Millie’s highest charting album and gained Grammy nominations. 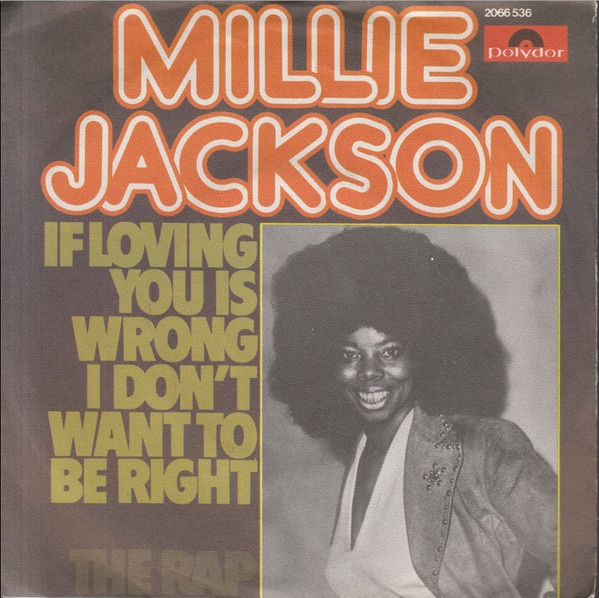 A cover of Luther Ingram’s classic record, (If Loving You Is Wrong) I Don’t Want To Be Right is a tale of adultery, yet both parties do not want the love affair to end.

The song has also been sampled by artists like Akon, AZ & Dipset.

The Rap is a continuation of “If Loving You Is Wrong,” where the other woman isn’t so remorseful for her romance with a married man. It is also the introduction of her infamous “raps” that we love. I’m sure men HATED Millie for being so honest and bold. Honestly I think I read somewhere that men wouldn’t come to her shows for a while cause of the flack that men got in their songs. But hey, stop cheating then. 🤷🏾‍♂️🤣

The reprise picks up where the song left off at, and like Millie said: SHE DON’T WANNA BE RIGHT!!!

All I Want is a Fighting Chance

Now this is the ORIGINAL “woman to woman” lmaoo. The “other woman” confronts Mrs. Jodie and tells her that she will go to war with her over the man she is meant to be with. Whew chile lol!

I’m Tired Of Hiding is pretty simple. The sad ballad has the other woman not feeling bad for confronting the wife, and that she’s fed up with sneaking around and wants to feel free to be out in the open with the man she loves.

How long do you think that I can live this way? Meeting you only at nighttime, and longing for you every day.

As a man who dates men, I’ve had my share of flings with men who are romantically involved with someone or married (I didn’t find out until after of course,) AND would be down low. This song hits so different when you’re in these type of situations because you don’t want to be second string to no one! It’s tough to be very honest with you. I felt every word on this record.

It’s All Over but the Shouting

The wife has TIME on this record. The man has the audacity to tell her she must stay together for the sake of the kids, and she said in today’s terms: boy fuck you!

So Easy Going, So Hard Coming Back

The wife now gets to a very vulnerable point and explains to her husband that it was so easy for him to walk away and step out on their marriage, but she just can’t allow him to come back.

I’m Through Trying to Prove My Love To You

A cover of one of Bobby Womack’s best ballads, the wife is taking accountability for her marriage falling apart and now that she has found someone new..she can finally move on and embrace someone who appreciates her and her love. Millie KILLS this record flawlessly.

The closing track of album is a cover of a classic by Bobby Goldsboro. The wife reminisces on when they first met ten years ago and how it began their romance. It is kind of alarming cause she said she was 17, and he was 31 (niggas know they can be weird). However, she has accepted that it is time for them to say goodbye to what once was, and once you get to that step in a sizzled romance..there’s possibly no going back. The point of NO RETURN.

Caught Up was a moment. Iconic. The album showcases how love triangles can be on all parties involved. Millie Jackson became a household name in the Black community and overall, period. The living legend has been sampled by Hip-Hop’s finest and will always reign supreme. Give Millie her flowers ALWAYS!!!! -MJ. 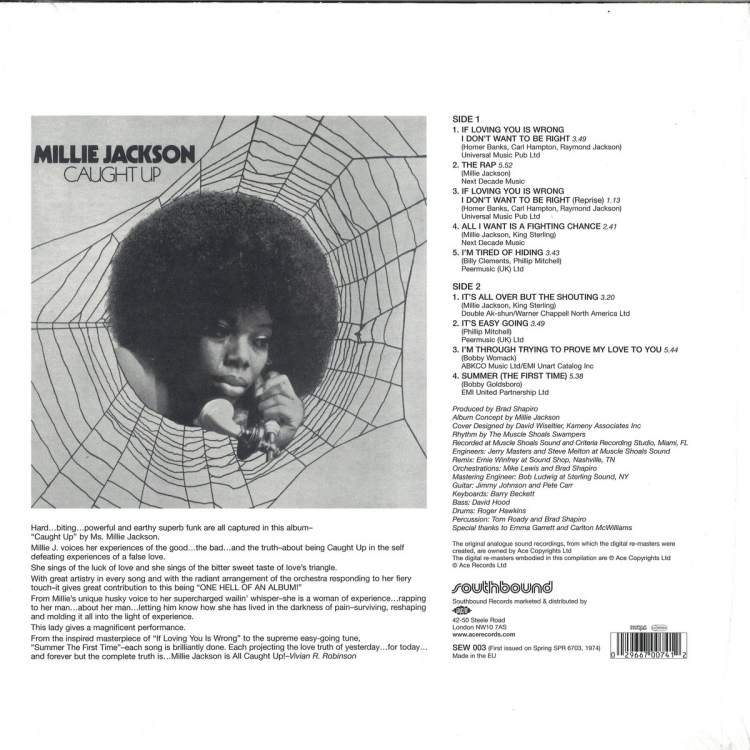