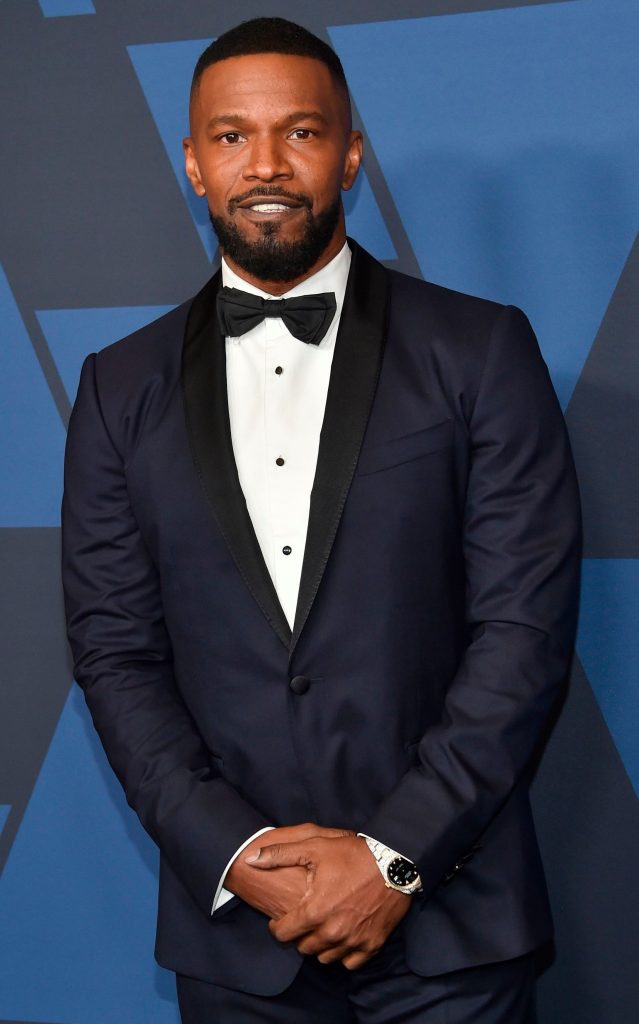 Jamie Foxx is a triple threat! Starting his career as a comedian, Jamie has ventured into other venues such as acting and music..having one of the most beloved black series in the 90s (The Jamie Foxx Show).

Jamie deserves his flowers because he’s truly need to be discussed as one of the best male R&B crooners in the past 20 years. He gets them from me today! 🗣

You WANT Jamie on the track! He’s featured on some of the most amazing hip-hop & R&B records ever.

Jamie’s debut album “Peep This” dropped when he was known for being on the famed “In Living Color.” It didn’t get the best reviews, but the first single did crack the top 40 of the R&B charts. Also, a favorite of mine on this album is Experiment (remember the segment of the video that was in Home Alone 3?) 🤣

In 2003, Jamie was featured on the song Slow Jamz with Twista and Kanye West. The song was number one on the pop, R&B & rap charts.

The following year, Jamie starred as legendary musician Ray Charles in a biopic “Ray.” For his role as Ray, he won the Academy Award for Best Actor.

In 2005, Jamie collaborated with Kanye on the smash single “Gold Digger.” It was a number one single and one of the fastest selling digital single of all time. The song samples Ray Charles’ “I Got A Woman.”

Jamie’s second album was titled “Unpredictable,” & it wasn’t NO bullshit with this record! Working with Timbaland, Polow Da Don, Sean Garrett, No I.D. & Tank, the album is filled with hits! From the explosive title track, DJ Play A Love Song, Can I Take U Home, Extravaganza and the deep cut VIP, Jamie lives up to the title, because you never know what you’re going to get.

In 2006, Jamie starred in the film adaptation of Dreamgirls, which is a fictional take on the history of Motown and one of their iconic acts (The Supremes).

His follow up album Intuition was another success due to the popular songs “Just Like Me,” “She Got Her Own” & “Blame It.”

Albums Released: Best Night of My Life, Hollywood: A Story of a Dozen Roses.

Jamie has continued to give us quality R&B gems, & we love it!

Jamie Foxx will go down as one of the best. I look forward to what he brings to the world of music in 2020! -MJ