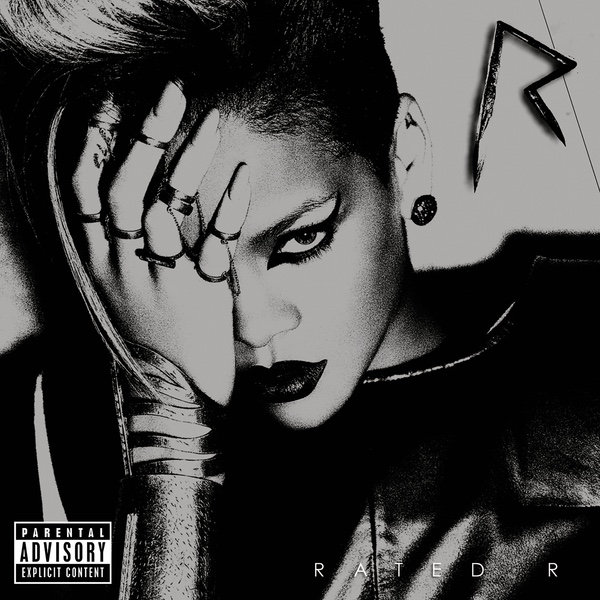 You can say what you want about Rihanna, but one thing you can say is that she is one of the most versatile pop stars of the 21st century. Before Rated R, Rihanna became an overnight sensation with her 2007 blockbuster album “Good Girl Gone Bad.” Good Girl Gone Bad was a departure from her first two albums, which were Caribbean and dancehall influenced records.

 Rated R was a departure from “GGGB,” which consisted of up-tempo songs and ballads. The album came into fruition after the assault of Rihanna’s then boyfriend singer-songwriter Chris Brown. Pictures of a battered Rihanna surfaced on the internet by TMZ, & to this day it is still disturbing to see.

The album was released November 20th, 2009 to positive reviews. Rated R had elements of rock, hip-hop, R&B, dancehall, Latin, with a very dark & angry tone. One of the reasons Rated R stands out as an album to me, is due to the fact that Rihanna reclaimed her identity and power as a public figure during this era.

As a woman who suffered from domestic violence, slut shaming and much more at the tender age of 21, Rihanna put her energy into the music. With Rated R, you noticed her creative input into the album. It had a rawness to it that stands the test of time. The lyrical content showcases overcoming adversity and the downs of love.

Mad House is an amazing introduction to Rated R. Rihanna is allowing us into the madness of her world at the time. We love it.

Wait Your Turn was a promotional single for the album, but it is THE SONG. One of the many songs that marked a departure from Rihanna’s music in the past, the hip-hop and dubstep inspired song is an addictive song is where Rihanna is confident about her influence. “There’s so much power in my name, If you pop off you say it Stadium gon’ do the wave.” & they literally will.

Hard is one of Rated R’s best songs. “Hard” shows Rihanna’s resilience, and emulates how strong and powerful she really is. During the duration of her career, Rihanna has gone through the worst of the worst. However she doesn’t allow that pain and that hurt to get her down. She shows that she has tough skin & can overcome anything. That’s what Hard means to me. Having Jeezy on the track was an amazing move as well! He gave the track the hip-hop flavor it deserved.

Although it’s an overly dark record for Rihanna, her delivery was nothing short of amazing. It had a direct response to being about Chris Brown, speaking of the events that occurred…but Ne-Yo stated he wrote the song days before the incident, & would never write a song about his good friend.

Rihanna was in HER bag with Rockstar, okay?! The song, featuring Slash of “Guns N’ Roses” is one of my highlights from this album…& the video was even more badass. One of my favorite things about Rockstar is how Rihanna flows through the track so smoothly. 🙌🏾 “I Never Play The Victim, I’d Rather Be a Stalker” says the Bajan icon while boasting how big of a star she really is.

Russian Roulette was the lead single for the album. Written by Chuck Harmony & Ne-Yo, Russian Roulette is praised for being one of Rihanna’s best songs. It’s brilliant, show stopping, spectacular. Period.

Fire Bomb is one of the best album cuts on an album that you’ll ever hear. It’s also one of her collaborations with James Fauntleroy II, which is like one of her musical soulmates. Fire Bomb is purely magic.

Rihanna is a hitmaker. We should ALL know that by now, right? Rih currently has 14 number ones on the Billboard Hot 100 charts, & Rude Boy is one of them. Produced by Stargate & co-written by Rihanna herself, Rude Boy is one of the up-tempo songs on the album, with elements of dancehall, R&B & ragamuffin.

It’s one of the songs where we see and hear Rihanna being sexually provocative. She is not ashamed to be sexually liberated and ask men if they can keep up with her in the bedroom. We love to see it.

Photographs is a song that tells a story of a relationship that’s definitely over, & the memories on photo is basically all that they have left that’s positive. Featuring will.i.am, the dubstep ballad is a slept on gem for sure.

“I lick the gun when I’m done, cause I know that revenge is sweet”

…states at the beginning of my favorite song on the album! G4L continues the badass mood Rihanna was in on this album. She continues to reclaim her power on this song against anyone who wants to have her messed up. G4L stands for Gangsta For Life. Something Rihanna is for sure.

Fun fact: Rihanna’s nickname for her loyal fan base came from this song!

“We’re an army, better yet a navy. Better yet crazy. Guns in the air!”

Te Amo is one of the best highlights of the album! This Latin pop bop is irresistible as Rihanna fights her feelings for a potential female lover.

I’m judging you if Cold Case Love isn’t in your top 5 Rihanna songs. The Justin Timberlake penned song is a short story of a murdered romance that has to say it’s final goodbyes. Tens across the board.

Rated R ends with the somber “The Last Song.” The Last Song is a tale of lovers who are at the end of their relationship, and that forever is not for them. The good times & memories are a song..Rihanna stayed that this was a hard song to record, & the last song recorded for the album at the last minute. Sis had her wine, & nailed it. This song also showcases her versatility as an artist with elements of rock.

One can argue that Rated R is Rihanna’s magnum opus. In my personal opinion, I think it is! At the tender age of 21, Rihanna had to work her ass off to be the mogul she is today. Ten years later, she’s one of the biggest pop stars ever. As we wait for her next studio album, we can look back at Rated R for giving us an edgier, raw and refreshing Rihanna. We are appreciative for Rihanna’s contributions to music. -MJ.