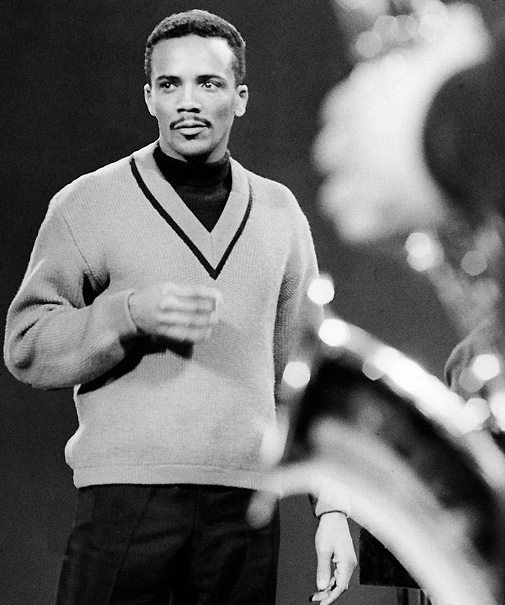 How does one do a synopsis of a career spanning 7 decades? You can’t. Quincy Delight Jones Jr is a LIVING LEGEND who deserves an abundance of recognition. Quincy has worked with everyone from Dinah Washington, to Amy Winehouse.

Quincy is a force to be reckoned with when it comes to being a musician. With a whopping 79 Grammy noms, 27 Grammys, an Emmy & Tony award respectively, Quincy is a celebrated veteran period.

Quincy is getting his flowers today because I do not feel like the younger generations don’t talk about this king enough!

Quincy got his start in the music industry at the age of 19 when he traveled with jazz legend Lionel Hampton to Europe with his band!

Albums Released: Jazz Abroad, This Is How I Feel About Jazz, Go West, Man, Quincy’s Home Again, The Birth of a Band, The Great Wide World of Quincy Jones.

Quincy signed with ABC-Paramount and started his own recording career.

The 1960s came through for Quincy when he became the first African-American to be promoted to vice-president of Mercury Records. He also focused his attention towards film scores, & being an arranger for many of our seasoned veterans in the music industry like Frank Sinatra, Ella Fitzgerald, Sarah Vaughn, Lesley Gore & Dinah Washington.

Quincy had success with his own solo career as well with songs like Soul Bossa Nova! This song may sound familiar if you’re a fan of the Austin Powers films!

Quincy was also responsible for the music score of the film “In The Heat Of The Night!” Quincy’s friend since he was a teenager (the iconic Ray Charles) sang the theme song. Literally. SANG!

You can thank Quincy for the theme song to the iconic show Sanford & Son! 🙌🏾🙌🏾

Also, you can thank him for the memorable theme song to Roots!

In the 70s, Quincy founded Qwest Productions..where he arranged and produced records for some of the biggest stars at the time. His catalog (solo and production) in the 70s is purely magical.

In 1978, Quincy produced the soundtrack to “The Wiz,” starring Diana Ross & Michael Jackson.

After that movie began the stellar working relationship between Michael & Quincy. Michael’s breakthrough album for his solo career “Off The Wall” was an ALBUM! With Quincy’s production, it became one of the best albums of all time.

Albums Released: Quincy Jones Live at Budokan, The Dude, Back on the Block.

Quincy’s role as a producer skyrocketed during the 80s decade.

Quincy was on a roll in the 80s with the skyrocketing success of Michael’s career. Michael’s Thriller album remains the best selling album of all time. 36 years LATER! Quincy’s production makes the album the masterpiece it is.

Quincy also produced the Charity single “We Are The World,” written by Michael & Lionel Richie. Featuring some of the famous musicians in the industry at the time, the single was a success!

Quincy worked on the Soundtrack for the movie for Alice Walker’s “The Color Purple.” While the story is compelling and remarkable, the soundtrack? LEGENDARY.

The “Back on the Block” album featured generations of legends! The most known single from this album (The Secret Garden) is a quiet storm standard and classic, & you’ll an uncultured son of a bitch if you don’t know every word and verse.

Quincy can work with any musician from every generation.

Quincy’s next album “Q’s Jook Joint” was an ALBUM okay?! It introduced us to the Queen Tamia, who would release her first album through the Qwest label. Alongside “You Put A Move On My Heart,” she was featured on the bop “Slow Jams” with Babyface, Barry White & Portrait.

Albums Released: Basie and Beyond, The Original Jam Sessions 1969.

Quincy’s album with Count Basie has the most amazing tunes ever!

Q Soul Bossa Nostra had Quincy working with the current generation of musicians. The remakes of the hits he were behind are remarkable. ❤️❤️

Quincy Jones will always be the KING OF PRODUCERS. His ear for music is untouchable due to the fact that he is simply a genius. If you haven’t watched the Netflix documentary “Quincy,” PLEASE DO.

You’ll learn so much about his career and how he is so important to music overall. -MJ