When you think of R&B, New Edition IS the definition of the genre. For over 30 years, Ricky Bell, Bobby Brown, Ralph Tresvant, Michael Bivins, Johnny Gill & Ronnie DeVoe has been one of the most influential musicians in the genre of R&B.

With memorable hits like Can You Stand The Rain, Candy Girl, Cool It Now, If It Isn’t Love, You’re Not My Kind Of Girl, Mr. Telephone Man & I’m Still In Love With You, the members of New Edition are long overdue for their flowers. Let’s discuss their legendary career together, & outside of the group.

The New Edition Movie is the epitome of greatness! The men who portrayed this legendary group younger and older were fantastic! The bar is set very high for biopics after this one.

Their performance at the 2017 BET Awards was everything.

Favorite Songs: Can You Stand The Rain, If It Isn’t Love, Come Home With Me, Is This The End, I’m Still In Love With You, Hey There Lonely Girl, Candy Girl, I’m Comin’ Home, Still In Love, Count Me Out. 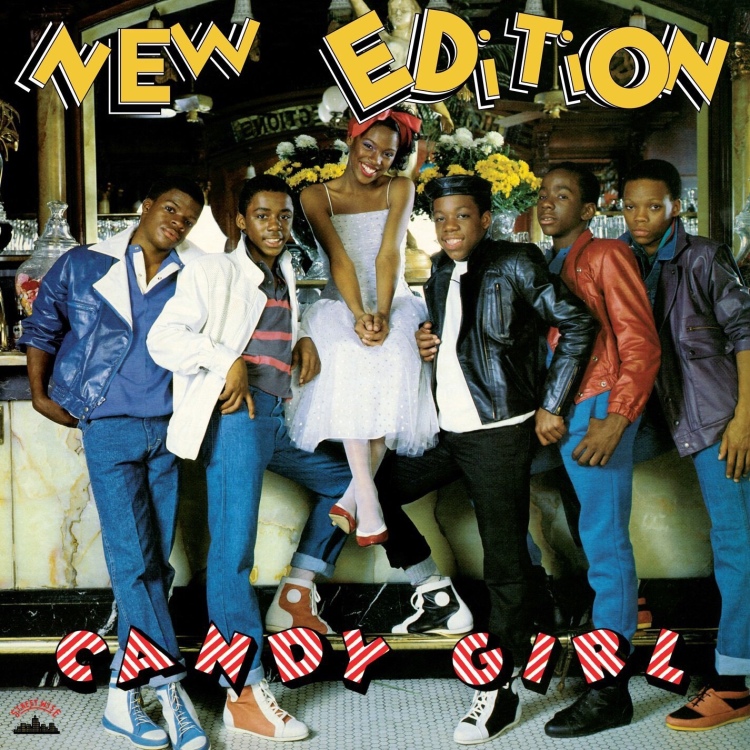 Favorites: Is This The End, Popcorn Love, Candy Girl, Ooh Baby, Should Have Never Told Me, Jealous Girl.

New Edition’s debut album is a CLASSIC! You can’t deny that the boys (who were teen at the time,) didn’t BRING it with Candy Girl, Popcorn Love & Is This The End. That’s how you come in the industry: with quality teen puppy love hits. 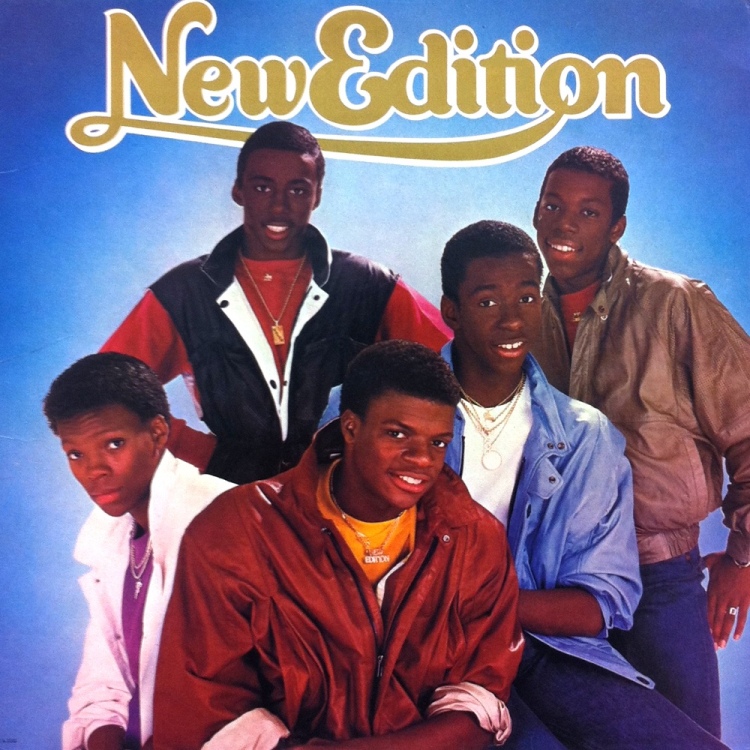 Favorites: Cool It Now, Mr. Telephone Man, Lost In Love, Kind Of Girls We Like, Hide And Seek, I’m Leaving You Again, Delicious.

Their sophomore album made them more popular! The teens had the girls going crazy over hits like Cool It Now, Mr. Telephone Man, & Lost In Love. 🔥

Favorites: Count Me Out, A Little Bit Of Love (Is All It Takes,) Sweet Thing, Let’s Be Friends, Kickback, All For Love, School, Who Do You Trust?

All For Love is one of my favorite New Edition albums. It’s Bobby’s final NE album before he went solo and was voted out of the group for his behavior, but it’s a solid album like always. 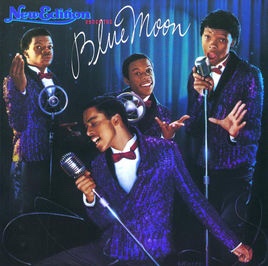 Favorites: Earth Angel, (Hey There) Lonely Girl, Blue Moon, Tears on My Pillow, Since I Don’t Have You, Duke Of Earl, A Million To One, What’s Your Name?

Under The Blue Moon is an album of ballad covers, & it’s everything if you ask me! (Hey There) Lonely Girl is my highlight from this record. They did that.

Favorites: Can You Stand The Rain, Boys To Men, If It Isn’t Love, You’re Not My Kind Of Girl, Crucial, N.E. Heart Break, I’m Comin’ Home, Competition.

Heart Break is one of the BEST R&B albums EVER! Tagging in R&B crooner Johnny Gill, NE began working with legendary producers Jimmy Jam & Terry Lewis..& Released QUALITY MUSIC PEOPLE! Their signature songs If It Isn’t Love & Can You Stand The Rain are timeless hits that will go down in history for being greatness. 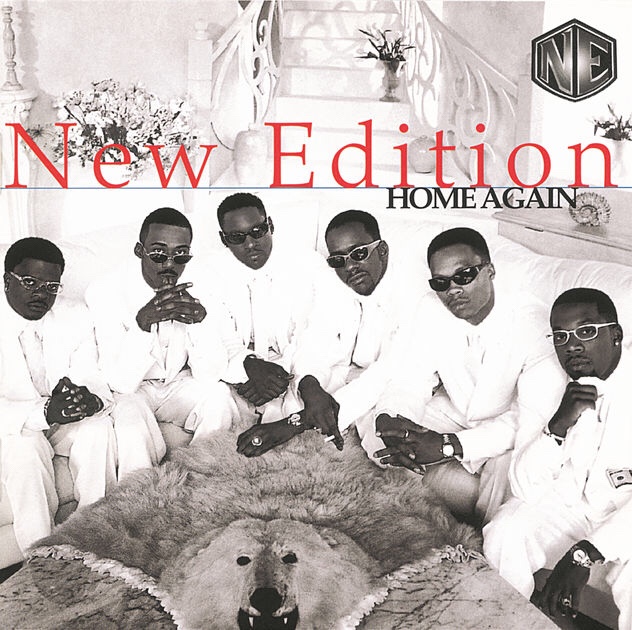 Favorites: I’m Still In Love With You, Hit Me Off, One More Day, You Don’t Have To Worry, Something About You, Home Again, How Do You Like Your Love Served.

After experiencing success outside of the group, all of the group members (including Bobby) came back to release a quality album! The tour for this album didn’t go so well, but ain’t no BS with this record! One of my favorites.

Favorites: Sexy Lady, Hot 2Nite, All On You, Been So Long, Last Time, Love Again, Come Home With Me, That’s Why I Lied.

Signing to Bad Boy in the early 2000s, NE’s only album with the label is everything you can expect from our favorite men. Hot 2Nite is a bop! & countless other songs on the album are pure gems. 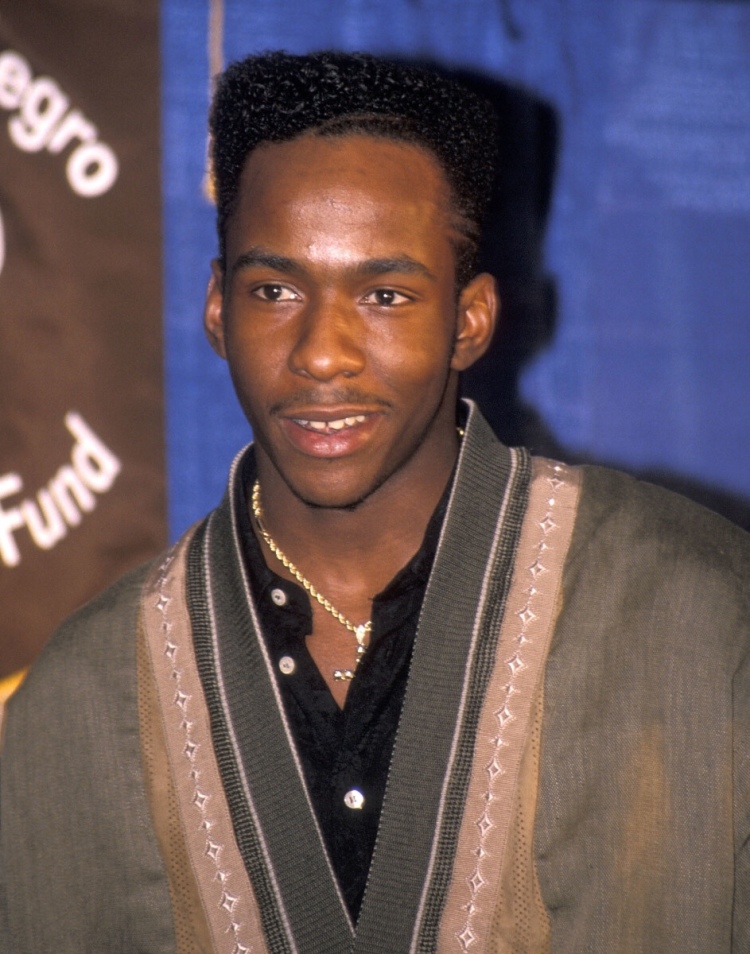 Favorite Songs: Every Little Step, Don’t Be Cruel, Girlfriend, My Prerogative, Roni, Rock Wit’cha, Humpin’ Around, Good Enough, Get Away, Something In Common.

Bobby’s debut album has the best title. King of Stage is rightfully owed because he OWNS the stage. Girlfriend made this album very memorable!

Favorites: Don’t Be Cruel, My Prerogative, Roni, Every Little Step, Rock Wit’cha, I’ll Be Good To You, Take It Slow, All Day All Night.

Don’t Be Cruel gave Bobby the title of the “King Of R&B. Working with LA Reid & Babyface, he created an album that will always stand the test of time as greatness! Every Little Step? Rock With’Cha? Roni? Bobby was that MAN & will always be because of this album alone.

The self titled Bobby album is everything you can want from Bobby. Quality production from people like Teddy Riley, LA, Babyface & Daryl Simmons, features from the late great Whitney Houston & Debra Winans, and the new jack swing fire that made the 90s so damn important. 👏🏾🔥 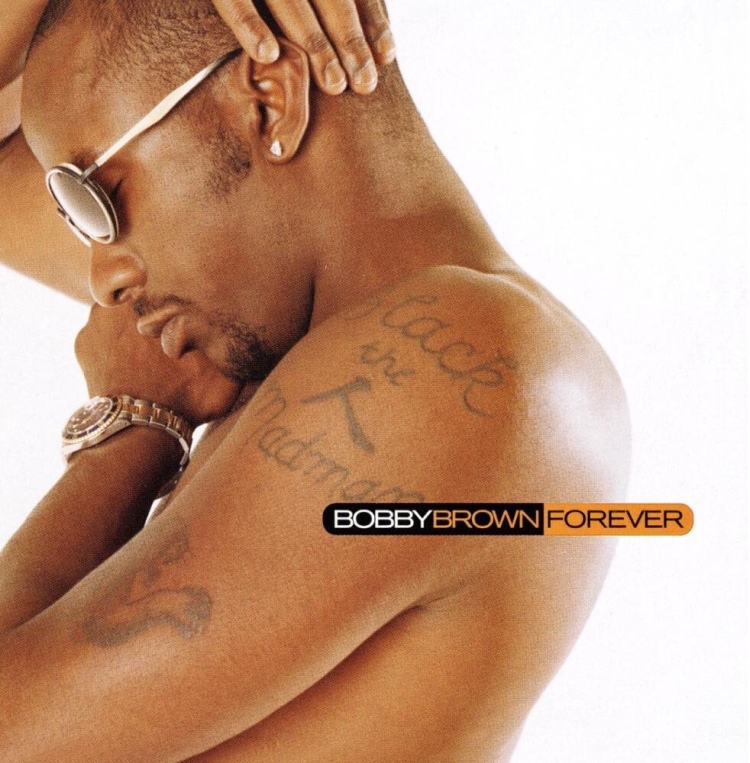 Favorites: Feelin’ Inside, Nobody Does It Better, My Place, Give It Up, She’s All I Need, Happy Days, Forever, Heart & Soul. 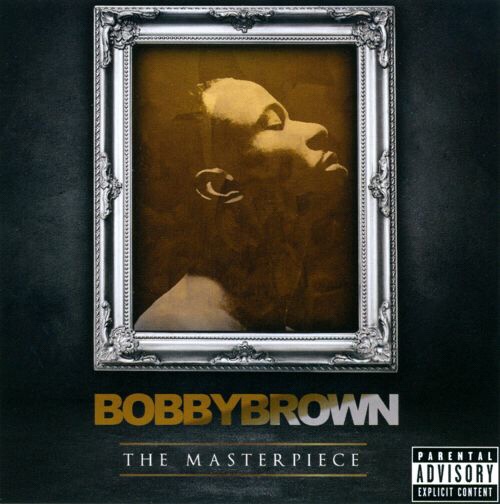 Favorites: Don’t Let Me Die, Doesn’t Anybody Know, Damaged, All Is Fair, The Man I Want To Be, Set Me Free.

Bobby’s first album in 15 years, shows that the king still has it! So many good gems here. 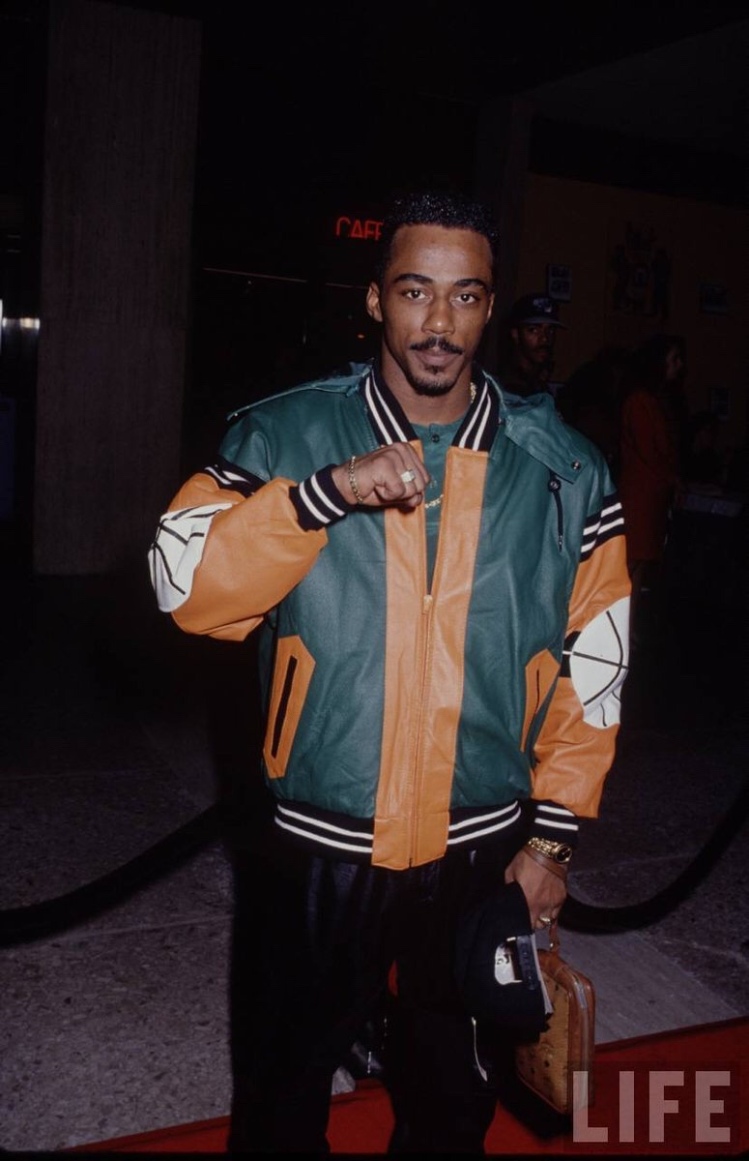 Favorite Songs: Do What I Gotta Do, Sensitivity, Stone Cold Gentleman, Rated R, She’s My Love Thang, Love Hurts, Last Night, Who’s The Mack, It’s Goin’ Down, When I Need Somebody, Love At First Sight.

Ralph’s debut album is everything a R&B connoisseur can dream of. Slick vocals, production from the best producing duo in the game and hits that stick like grits.

Favorites: The Booty Affair, You’ll Remember Me, Shaky Ground, Love At First Sight, When I Need Somebody, Who’s The Mack.

More fire from the KING! 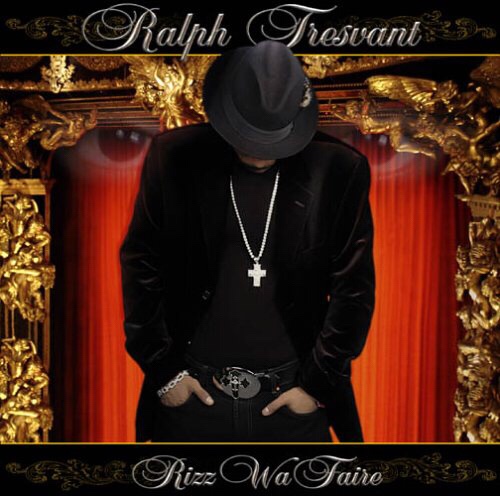 Ralph is pure greatness. This album showcases that. 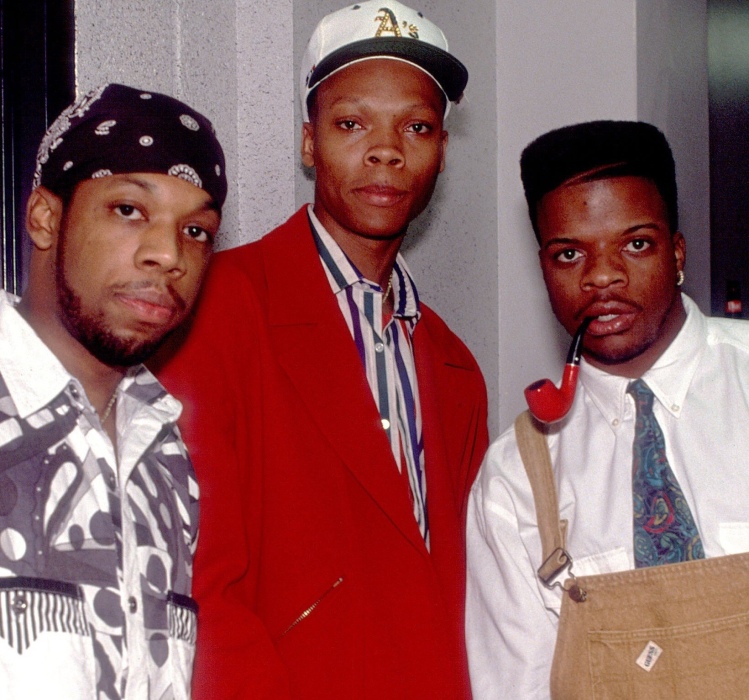 Favorite Songs: Poison, When Will I See You Smile Again, She’s Dope!, I Do Need You, Do Me, Something In Your Eyes, The Situation, Hootie Mack, Lovely, Home Alone, Ready, Finally, One More Try, Run. 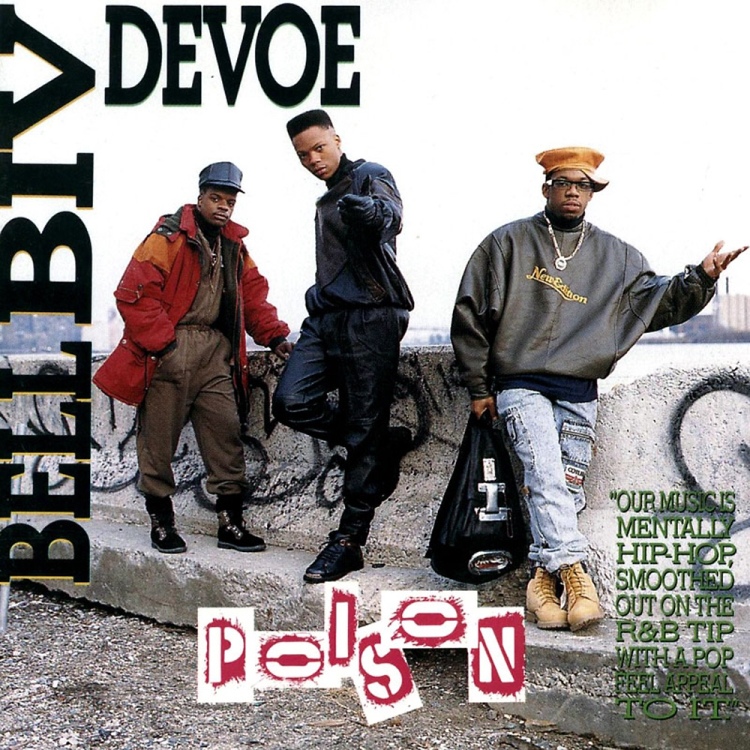 After being suggested to do a group outside of NE by Jimmy Jam & Terry Lewis, Ricky, Mike & Ronnie formed Bell Biv DeVoe..& it was the BEST decision! Their first album DOES IT for me! I am OBSESSED with Poison & When Will I See You Smile Again. Brilliant, spectacular, phenomenal. They basically helped change New Jack Swing to be Something special.

Favorites: Something In Your Eyes, Lovely, Show Me The Way, Above The Rim, The Situation, Please Come Back.

While Hootie Mack wasn’t as successful as Poison, BBD comes through still!

Favorites: Home Alone, In My Crib, Pesos, Shorty Gone Get It, Since I Blew, Sic’ Wit’ It.

Their first album in 7 years, BBD comes back into the 2000s with Fire music. 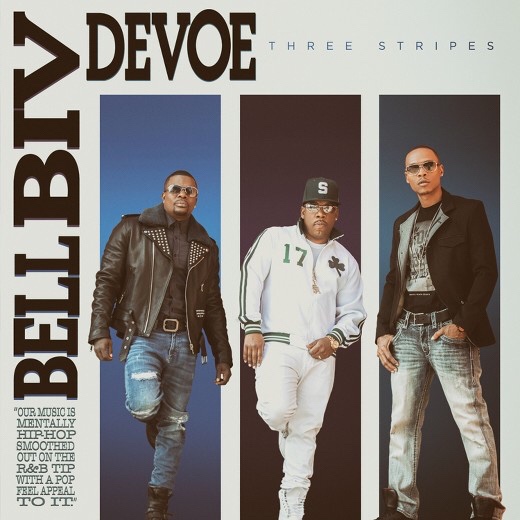 BBD came back to the game READY! Three Stripes is what is missing from R&B/Hip-Hop. These legends are it!

Favorite Songs: My, My My, Block Party, Perfect Combination, Half Crazy, Rub You The Right Way, Fairweather Friend, This One’s for Me and You, What Is This, Behind Closed Doors, In The Mood, Where Do We Go From Here, Silent Prayer, My Body, All The Times.

Favorites: When Something Is Wrong With My Baby, Super Love, Show Her Love, You, Every Radio, Half Steppin, I’m Sorry.

Johnny’s debut album was it! 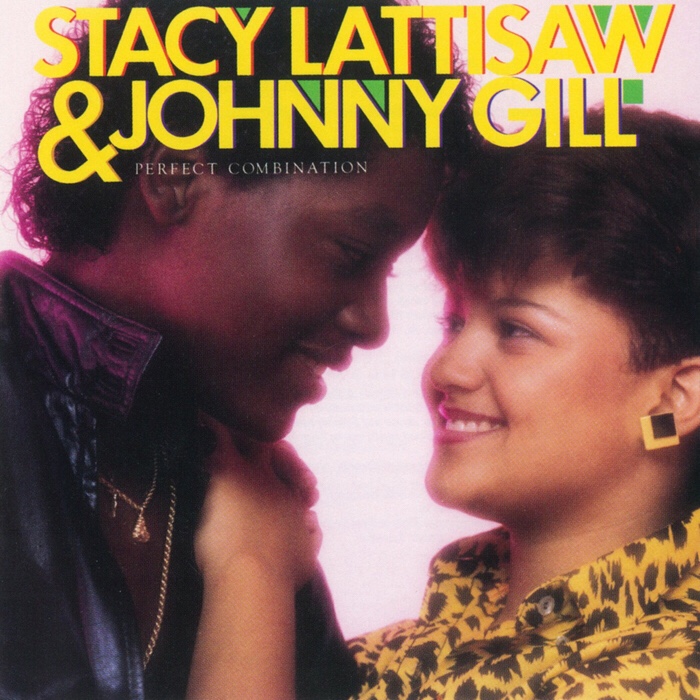 Stacy Lattisaw & Johnny are musical soulmates to this day. Their collaboration album is IT!

Favorites: Half Crazy, Don’t Take Away My Pride, I Found Love, One Small Light.

Johnny was 18 years old SANGING like his older peers at the time. Ain’t no BS!

Favorite: Fairweather Friend, My, My, My, Wrap My Body Tight, Never Know Love, Rub You The Right Way, Feels So Much Better, Just Another Lonely Night.

Johnny SNAPPED on his 1990 self titled album. So many of his classics rest here. Enough said. 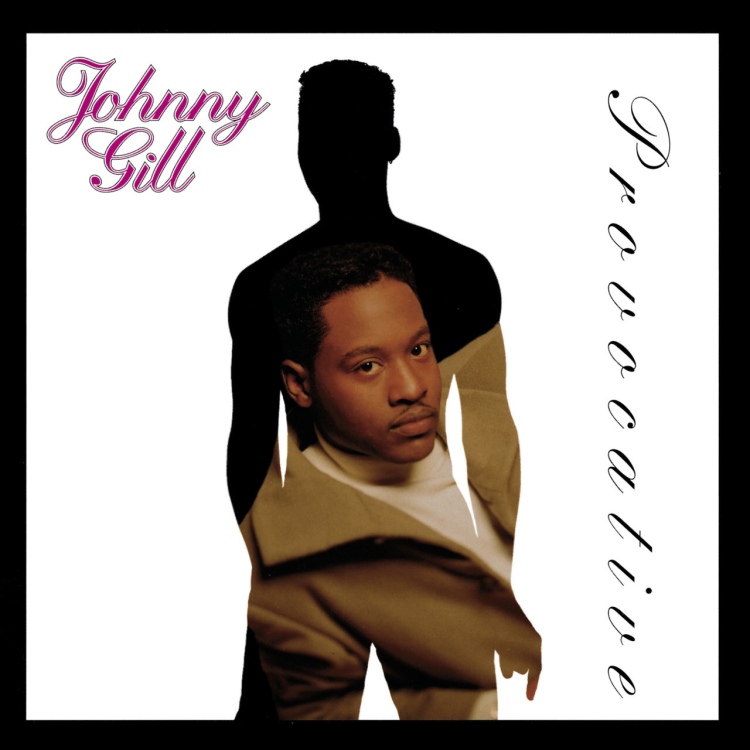 Favorites: I Got You, Provocative, Where No Man Has Gone Before, The Floor, Long Way From Home, Mastersuite, I Know Where I Stand.

Johnny came through with Provocative! It’s a wonderful affair if you’ve never listened to this record. 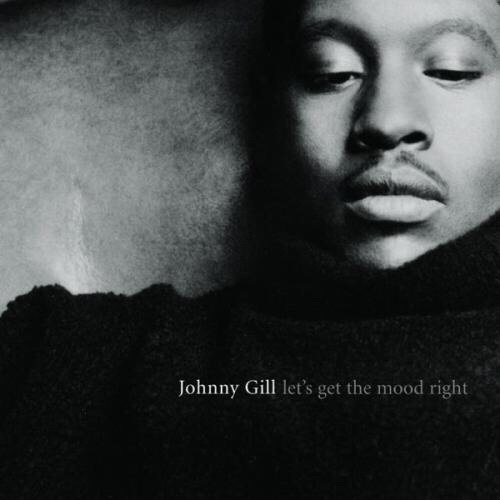 Favorites: It’s Your Body, 4 U Alone, Love U Right, Take Me (I’m Yours,) Someone To Love, I Know You Want Me, Let’s Get The Mood Right, Love In An Elevator, So Gentle.

I love albums with vocals and stellar production! 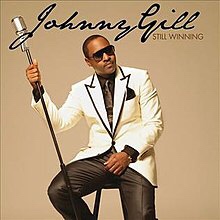 Favorites: In The Mood, It Would Be You, Just The Way You Are, Let’s Stay Together.

Still Winning has some slow jam bops like In The Mood! It’ll forever be flames.

Favorites: This One’s For Me & You, Behind Closed Doors, 5000 Miles, What Is This, Game Changer.

Johnny showed the ladies he still is the MAN with Game Changer. It has quality songs, Something we all know Johnny is capable of making. 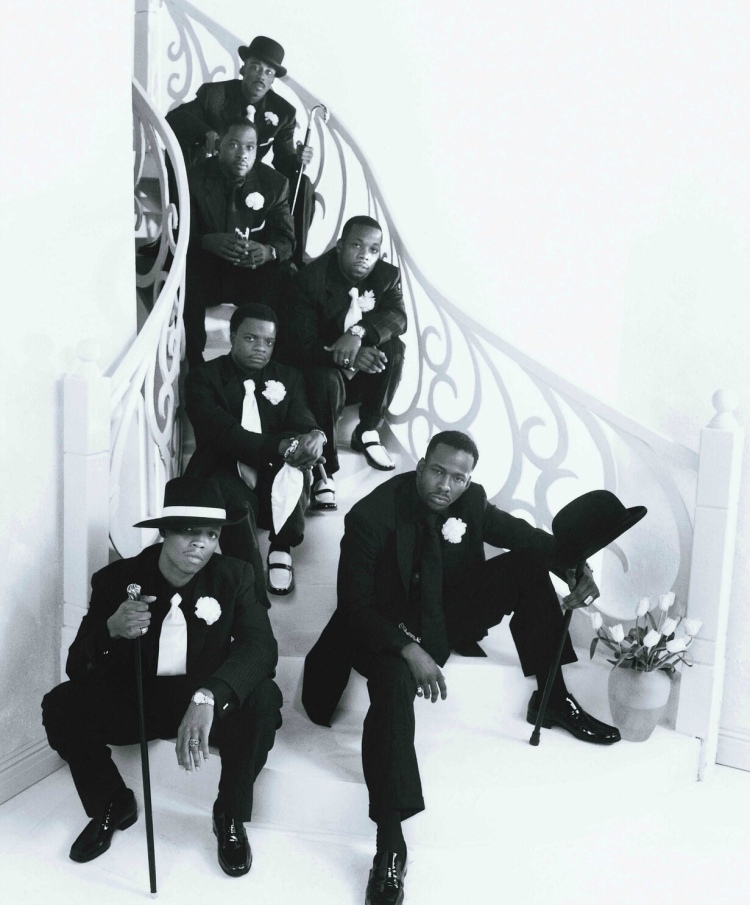 New Edition will stand the test of time for releasing quality music together, & apart. Brotherhood is what kept this crew together, & hopefully we’ll get another album with all six! Give them all of their flowers. They are well deserved.