Perri Arlette Reid (nee McKissack), is R&B legend Pebbles! While Pebbles is known as the creator of the legendary girl group TLC, Pebbles was a star in her own right. With hits like Girlfriend, Giving You The Benefit, Mercedes Boy and Always, Pebbles has cemented her status in history as an amazing sultry songbird who knew how to make a hit. This post will take a glance at Pebbles’ four studio albums (Pebbles, Always, Straight From My Heart & Prophetic Flows Vols. 1 & 2,) and introduce her to a newer generation who is unaware of her artistry. 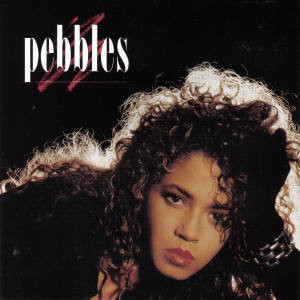 Pebbles’ debut album began the wonderful chemistry between her, Babyface and future husband L.A. Reid. The LP begins with one of her most known singles Girlfriend. The dream team of LaFace and Pebbles is the epitome of perfection, because there is not one song on this album I dislike. The self penned smash hit, Mercedes Boy is the star from this album..because the infamous car noises and Pebbles’ unforgettable voice makes it very catchy  to this day. Pebbles is a R&B album that should start your career off on the right track. You WANT to have a hit record back to back!

Highlights: Giving You The Benefit, Love Makes Things Happen, Always, Give it to Me

Always is considered to Pebbles’ magnum opus in my eyes, because it is simply perfection! With awesome production from L.A., Babyface and Pebbles herself, Always is easily one of the best albums released in 1990. My favorite song on the album is the title track. Pebbles is assisted on Always with Johnny Gill and her cousin, 80s R&B singer Cherrelle! It’s the perfect quiet storm track to listen to at night with a glass of wine. I highly recommend that if you’re a music head..this album is a must have in your collection.

Highlights: Are You Ready, I Can’t Help It, Happy, Soul Replacement.

Pebbles last R&B album was not hugely successful as her previous efforts, but it definitely deserves a seat at the best albums to be released in ’95. During this time period, Pebbles was going through a divorce from L.A. Reid, so he and Babyface weren’t producers. However, she affiliated herself with the likes of the Bad Boy Team (Sean “Diddy”Combs, Chucky Thompson& Mario Winans. Pebbles is at her best with her cover of the late great Michael Jackson’s “I Can’t Help It,” “Are You Ready” & “Soul Replacement.”

Highlights: Surrender, When U Come To Worship Him, My First Love

In the late 90s, Pebbles went under a religious conversion..and started to use the stage name “Sister Perri.” She became an ordained minister, and founded a ministries titled Women of God Changing Lives. She released a gospel album in 2008, and was a top 20 album on the Billboard Gospel Charts. It’s still Pebbles being the immaculate singer she is, but with a powerful message. 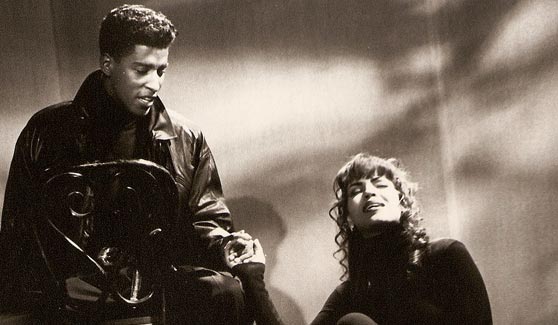 It is uncertain whether Pebbles will ever make another R&B album ever again, but thankfully we have her first three studio albums to forever treasure and cherish. In her prime, we received the most amazing production from L.A. & Babyface..giving us the future LaFace sound we’ve come to love.

Although everyone has different opinions when it comes to the TLC story, you have to give Pebbles her props for giving us the most best-selling BLACK girl group of all time. Pebbles will always be remembered for her organic, beautiful vocals and will always be given the benefit of the doubt in my eyes.