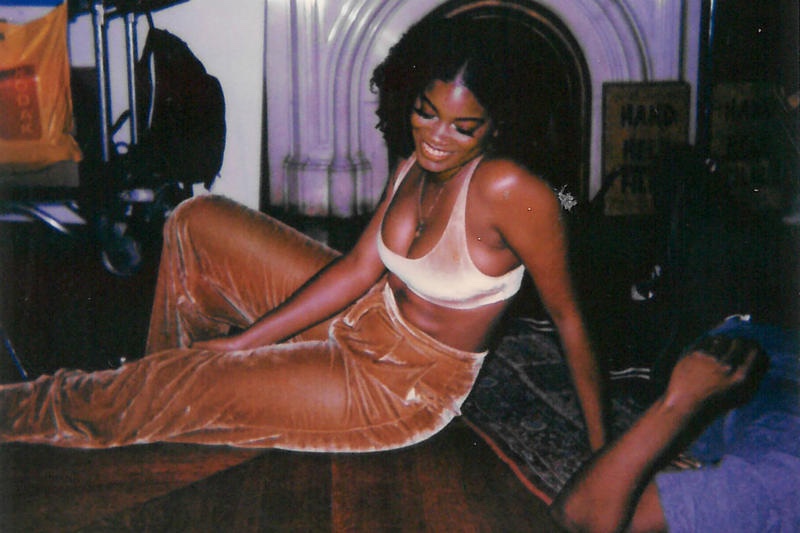 Ari Lennox is definitely one of my favorite new school girls, and I just want to say that I love it here!!! It’s something so refreshing about the songstress that has me so entrigued. The world was formally introduced to Ari in 2016, with her EP Pho.

Ari Lennox’s debut album Shea Butter Baby was released May 7, 2019 and is truly one of the best albums I’ve ever heard in my life, & that’s no cap. The First Lady of J. Cole’s Dreamville imprint proved her content is 100% is the missing puzzle piece that the label needed from a R&B songstress.

Shea Butter Baby is a mixture of everything nice from genres of music: R&B, jazz & neo soul, and it isn’t gimmick sounding. I am a neo soul enthusiast and whew when I tell you I was glad my best friend put me on to Ari Lennox because she’s absolutely the one, and never the two.

Ari is very extremely authentic with her artistry and it is evident throughout the album. Shea Butter Baby tells stories about the ups and downs of love and relationships through the perspective and viewpoints of a Black woman. The album peaked at 38 on the Billboard Top R&B/Hip-Hop Albums chart, and number 4 on the Billboard Heatseekers Albums.

The album opens with the jazz & soul influenced Chicago Boy, which is lyrically meeting a guy in Chicago at a CVS and how attracted she is to him and is ready to put it on him chile! The outro gives listeners a warning that it’s going to get freaky and how the niggas and her label heads have to “leave the room” lol. I love how it sets the tone for the album! Like she’s personally having discussions with her fans. Everything!

BMO (which is an abbreviation of Break me Off,) is one of the album’s highlights. When I first listened to the song on the album, I was blown away and honestly thought it was Erykah Badu from that first listen. Don’t kill me y’all lmaoo, but yeah BMO was truly the song that had me like yeah she’s going to be around for a long time! It is the perfect summertime song, and I’ve played it religiously for summer family functions since 2019.

From a lyrical perspective, the song is about someone you’re sexually synced with making you feel good. Everything about this song is immaculate: y’all know I am a sucker for great production, a good reference from a legendary song (the gitchi gitchi yaya reference from LaBelle’s Lady Marmalade) and great fucking lyrics! BMO contains a sample of Galt MacDermot’s Space.

In this collaboration with label mate J.I.D., the pair are heard reminiscing about their love lives before the fame..hence the title of the song being Broke. Broke definitely had potential to be a single from the album. The song contains a sample of Lullaby by Chargaux.

Up Late is one of my favorites on this album for sure. Lyrically, the song is speaking about a late night rendezvous and the singer takes a liking to him. Whew.

Lol first of all, Shea Butter Baby is my mf song! For it to be the title track, it is a R&B masterpiece. A feature from label founder J. Cole and his flow on the record is just amazing as per usual. Lyrically, the song has the duo expressing their sexual desires and how they please their partners. The song was also featured on the Creed II soundtrack, and peaked at number twenty-six on the Billboard Adult R&B charts. RIAA has also certified the song platinum.

Speak to Me has the singer in a toxic relationship, asking why he doesn’t communicate with her, acts brand new and why he continues to waste her time.

New Apartment is yet another gem on the album, and needs way more praise if you ask me. From a lyrical perspective, the song’s title is a metaphor to Ari’s independence and her artistry, success and individuality. The song contains a sample of Hubert Laws’ Land Of Passion.

Produced by J. Cole, Facetime is the first song that Ari created in her studio session with the rapper. From a lyrical perspective, the song is about the singer describing her relationship with a man that occurs frequently through the apple application.

Ari is nasty nasty y’all *in my Wizard Kelly voice*. Pop is a song about popping that pussssssy on that man if he really loves her. I know that’s right!

Don’t date these niggas til’ you’re 43

I Been is a whole MOOD! From a lyrical perspective, the song speaks to my love life in a nutshell. You gotta smoke away the fuckery these niggas bring to your life. Ari eloquently uses the most amazing word play to express her feelings about trying to forget someone who didn’t deserve her love. Ari saying “Should call you Mannie Fresh ’cause you’s the number one stunna” is truly fucking iconic!

My first introduction to Ari Lennox was with the amazing Whipped Cream. My best friend always gives me suggestions from the new school and I’ve pretty much been intrigued ever since hearing this song. From a lyrical perspective, Whipped Cream has the singer speaking about her feelings after she ended things with someone and she can’t seem to shake him even though he didn’t feel the same way. The song has been certified Gold by the RIAA, and also contains a sample of Two of Us by Cameo.

The album closes out with the motivational track Static. Static is about Ari using the term as a metaphor for her anxiety. Her battle with anxiety is compared to a spotty radio signal and it is very interesting as I read the lyrics. Love it 1000%. Static contains a sample of Look Into The Sky by RAMP.

Ari Lennox is one of my favorite songstresses from the new school. She is a breath of fresh air, and looks fucking amazing. I am excited for her next projects and whatever else she brings for the R&B girls! -MW.