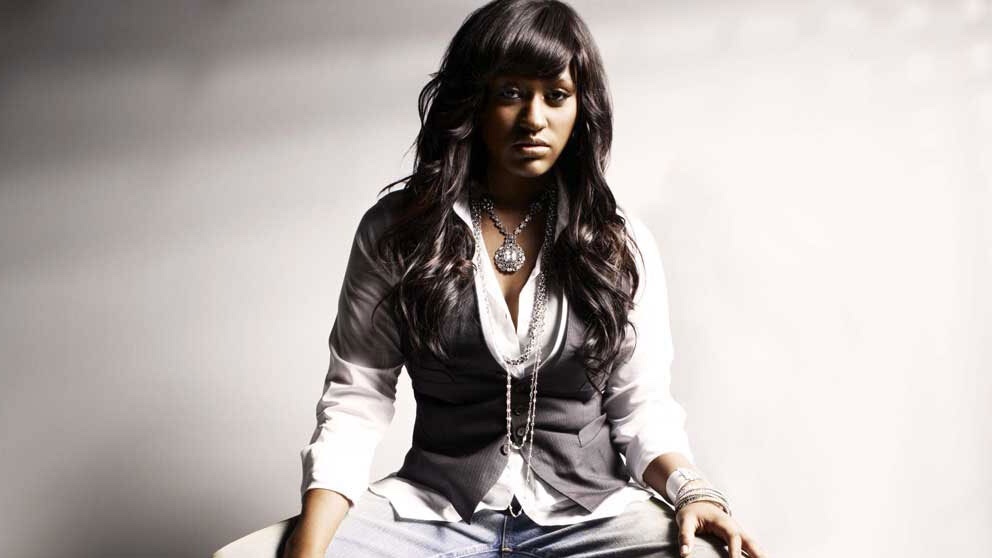 By 2010, Jazmine Sullivan was a household name after the success of her debut album Fearless, gaining her first number one R&B record at the very beginning of her professional career. Jazmine has also written songs for artists like Jennifer Hudson & Mary J. Blige over the years, and musically I just think she gets it.

Jazmine’s follow up album Love Me Back, was released November 30, 2010 by J Records & Arista Records. An album about Sullivan’s personal experiences with love, Love Me Back contains elements of R&B, pop and hip hop soul. The album had first week sales of 57,000 copies, and debuted at number five on the Billboard Top R&B/Hip-Hop Albums and number seventeen on the Billboard 200 charts respectively.

Ladies & Gentlemen, I present to you Jazmine Sullivan’s Love Me Back.

Holding You Down (Goin’ In Circles)

The album opens with the bop Holdin You Down (Goin’ In Circles). With frequent collaborator Missy Elliott cowriting and producing the record with Jazmine and Lamb, the song is lyrically about the singer feeling so foolish for being a ride or die for a man who does her so wrong.

& when she tries to leave, she comes back like a boomerang. It’s okay sis. We’ve definitely been there. The song peaked at number three on the Billboard R&B charts and was nominated for Best Female R&B Vocal Performance at the 2011 Grammys.

My ultimate favorite song from Love Me Back is definitely the immaculate 10 Seconds. From a lyrical perspective, the song has the singer fed the hell up with her lover breaking her heart too many times, telling him he has ten seconds to leave from her sight. The song contains a sample of Rose Royce’s I’m Going Down.

Good Enough is a song about finding your worth and meaning it chile! I resonate so much with the lyrics on this song because you can do any and everything for someone and they don’t see it for you. & if they don’t, forget them! Half of the time they don’t be worth it, but that’s a rant for another day. The song contains a sample of Prince’s The Beautiful Ones.

Don’t Make Me Wait is a cute little 80s bop! From a lyrical perspective, the song is about the singer getting straight to the point and wanting to get her freak on! For the chorus of the song, Jazmine says “don’t make me wait too long.. just play my favorite song, I’ll get my Vanity 6 on,” meaning she definitely want to be his nasty girl! (get it?) if not and you don’t know music, here’s Vanity 6’s classic Nasty Girl song.

Love You Long Time is truly one of the underrated gems from the album. It has a real Caribbean sound to it, and is a song about the beauty of finally having someone who shows you what true love is all about and has the singer happy that he is with her.

Redemption is a song that is practically like a hood soap opera in a sense. There’s a couple of scenarios that Jazmine gives throughout the song and sings from each perspective, with someone in the situation seeking redemption from the Lord to get them out of the messed up predicament that they are in.

The first half of the song is lyrically about a young girl who meets an older man at a liquor store who she happens to know his wife and daughter. However she is in love with how he’s in the drug game. The girl eventually gets hooked on the drugs he gives her and she eventually starts to call his home asking his wife if he is with her, causing the wife to be suspicious and willing to sleep with him for the drugs. After that, he pulls out a gun on her, and she’s praying to God that he saves her from this sticky situation.

The second half of the song is told in a perspective of a misogynistic abusive man who meets an aspiring singer and pretends to support her dreams. The man speaks of keeping the misogyny in the family because that’s what he saw his father did to his mother. Eventually she gets fed up with the abuse and wants to leave, and he tries to convince her that it doesn’t get any better than him. She pulls a gun out on him, having him to pray to the Lord to save him. The moral of the song is these people want to be redeemed and are doubting God’s existence and are crying out for help. They want to change their lives for the better. At least that’s what I get from the song.

Excuse Me is a song that has the singer expressing her feelings about her man giving her the love she is so deserving of. It is truly one of my favorite songs that Missy has had a hand on writing and producing. The song contains a sample from The Manhattans’ Take It or Leave It.

U Get On My Nerves with Ne-Yo

U Get on My Nerves is truly one of the songs that should’ve been a single from the album, and had all of the reasoning to! It was not only a duet from Jazmine and Ne-Yo, but it was said to be a sequel to one of Jazmine’s singles from the Fearless album (Bust Your Windows). Anyways from a lyrical perspective, the song has a couple who has broken up expressing how much they are relieved the relationship is over and that they really get on each other’s nerves.

Stuttering is a song that I didn’t appreciate until I was older. From a lyrical standpoint, the song is about how the singer meets a man who she is so enamored by, that she gets to stuttering every time she sees him.

Famous is a song that has the singer expressing how important it is to be famous and to feel like she matters to someone in the world, especially little girls cause she wants to be someone they can look up to.

The album closes with a reggae inspired bop titled Luv Back, which has the singer expressing how done she is with someone she isn’t in love with anymore. & rightfully so.

Love Me Back was Jazmine’s last album until 2015’s Reality Show album, and made fans appreciate that long break by realizing how great this record was. It was one of my favorite records that came out in 2010 and is proof that Jazmine Sullivan is truly one of the best musicians period. -MW.