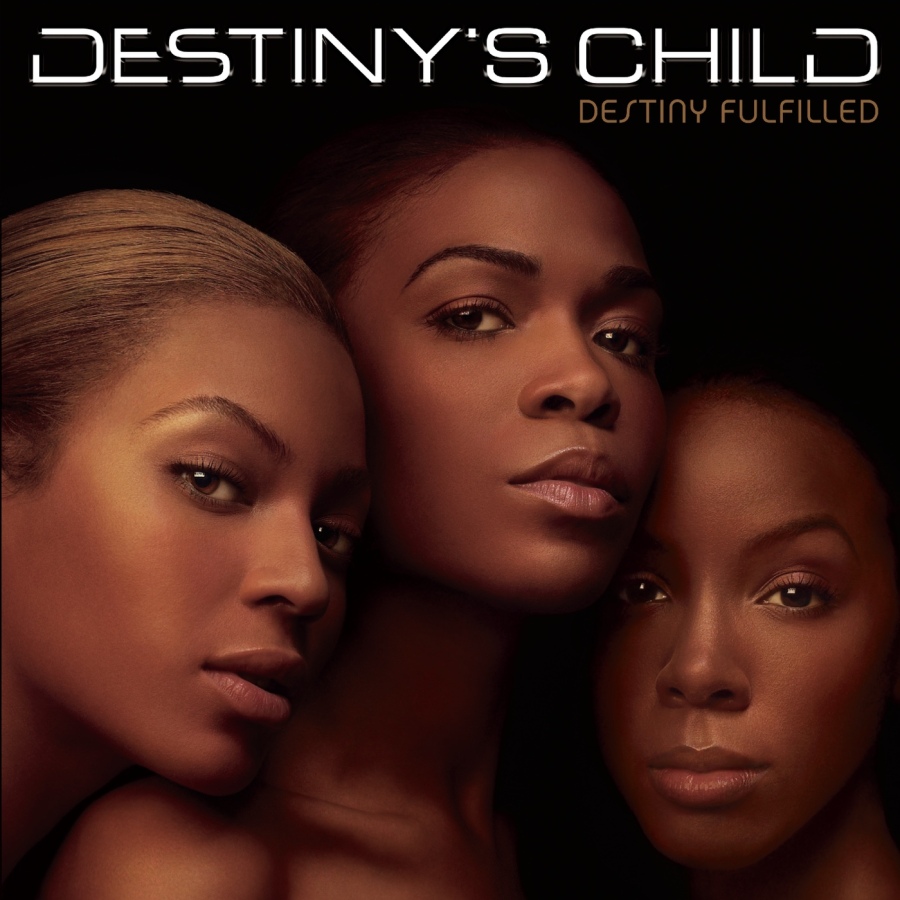 Girl groups had a type of revival in the 90s! From En Vogue, TLC, Jade, SWV, Changing Faces, Xscape to Destiny’s Child…Destiny’s Child was a breath of fresh air. Initially a group that consisted of Beyoncé Knowles, Kelly Rowland, LaTavia Roberson & LeToya Luckett. With their self-titled debut album releasing in 1998, and their follow up The Writings on the Wall in 1999, the group became household names with singles like No, No, No Pt. 2, Bills, Bills, Bills, Say My Name, Bug a Boo, & Jumpin’ Jumpin’.

However, there was conflict within the group & Mathew Knowles eventually replaced Roberson & Luckett with Michelle Williams & Farrah Franklin, with the former members finding out they were replaced during the premiere of the video for Say My Name. Farrah Franklin was out of the group a few months later…and the group proceeded as a trio. The group released their third studio album Survivor in 2001, and it has sold over 12 million copies worldwide. Not too long after the album’s release, the group went on hiatus to pursue projects outside of the group. Beyoncé released her debut album Dangerously In Love, Kelly released Simply Deep & Michelle released Heart to Yours.

Destiny’s Child released their fifth and final studio album Destiny Fulfilled in the fall of 2004. An album with elements of soul, dance and hip-hop music, Destiny Fulfilled is a R&B concept album about a black woman’s journey through relationships. Stemming from conversations the women had while they were on hiatus, the album saw each member having songwriting and production credits whereas Beyoncé was usually the one who contributed. 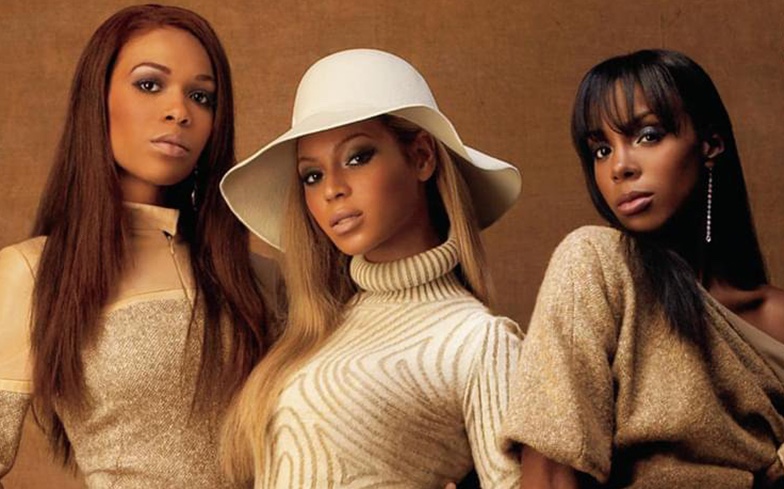 The album showcased the group’s maturity and growth as women through their friendships and relationships. It was greatest farewell and gift to their fans, because they truly fulfilled their destinies up until this point as a group: Beyoncé’s solo career took off and her relationship with Jay Z was blossoming in the public eye professionally and personally. Kelly’s solo career took off with her 2002 hit with rapper Nelly titled Dilemma. Michelle went the gospel route with her solo career with her debut album Heart to Yours going number one on the Billboard Gospel Albums chart.

Destiny Fulfilled peaked at number one on the Billboard Top R&B/Hip-Hop albums chart and number two on the Billboard 200 chart respectively. The album has been certified triple platinum by the RIAA. Iconic.

Ladies & Gentlemen, I present to you: Destiny’s Child’s “Destiny Fulfilled.”

….yells Kelly on the comeback release for Destiny’s Child on their first song together after 3 years. Lose My Breath is an uptempo record with elements of R&B, dance and dancehall music, with the usage of a drum sequence. From a lyrical standpoint, the song is asking men to stop talking a good game…and show the ladies that they have more bite than bark. The song peaked in the top 3 on the Billboard Hot 100 and top 10 on the Billboard R&B charts.

Soldier is a SONG!! The song picks up where Lose My Breath left off at and speaks about the type of men that will gain their interest based on how he looks, where he lives and how men who don’t fit their criteria gotta be a soldier and stand up for them. Another top 5 hit for the group, Soldier was certified platinum by the RIAA. The song has also been sampled by Nelly for his 2005 record Grillz. 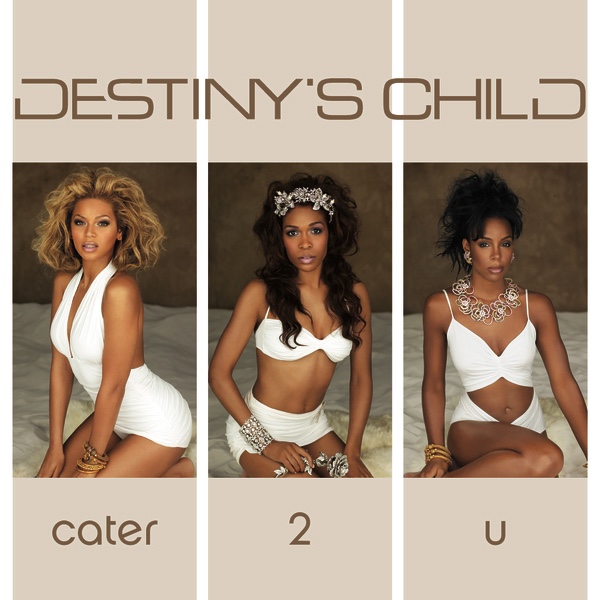 Let me be the first to say Cater 2 U is a pick me tune lmaooo just kidding, especially coming from the independent women themselves. From a lyrical perspective, the song discusses how they appreciate their men for their hard work and how they are inspired. They also speak of being on demand for him.

The sensual ballad has the women reminiscing of being around their men and being in their t-shirt. This is definitely one of the highlights of the albums.

Is She the Reason

This is the one! Is She The Reason is definitely one of DC3’s best album cuts. We’ve all felt the feeling that someone else has the attention of our lover and now they act and move differently. One of the standout moments on the song is Michelle’s verse. On the album overall, we see Michelle shine more and more, but she had time this era! My friends and I say “Michelle and the girls” because our favorite verses came from her on this album, and that’s on Mary had a little lamb.

The song contains a sample of Melba Moore’s song I Don’t Know No One Else to Turn To.

The third single to be released from the album, Girl was a top ten hit on the Billboard Hot R&B/Hip-Hop, and a top 20 hit on the Billboard Hot 100 charts respectively. In 2013, Kelly revealed that that Beyoncé and Michelle wrote the song for her as a request to leave an abusive relationship. DC3 spoke on something that’s so important like domestic violence and how it is important to be there for your friend(s) during those trying times. We love it.

The song sampled Ocean of Thoughts and Dreams by The Dramatics.

In Bad Habit, Kelly receives what the ladies were trying to say in Girl and realizes that the toxic relationship is not good for her and has to shake off him and the hold he has on her.

Another album cut from the girls that reigns supreme is If. It’s the vocals and the production for me! The song is about knowing that you have to let go of the one who doesn’t appreciate the love and loyalty you have given them. If contains a sample of Natalie Cole’s Inseparable.

I’m like an eagle set free, and finally I’m looking out for me.

…says the girls on another cut from this record. Free is like therapy to me. It really calms me and gives me clarity on how to let go when your mind is made up. The ladies were preaching and giving us CLARITY baby! The song contains a sample of Donald Byrd’s Night Whistler.

We’ve all been there! When we are at our breaking point with these pointless and meaningless relationships..and we find love elsewhere. That is what I get from this fan favorite record.

The album closes with a record that talks about being able to find love again with someone who is real and deserving of their love.

Destiny’s Child’s destiny had already been fulfilled by the time their final album was released. And for them to come back together in the most natural way to give their adoring fans the final album that they deserved. It’s very ironic that their album was named Destiny Fulfilled. Because they provided us a body of work that will stand the test of time! Period. -MJ 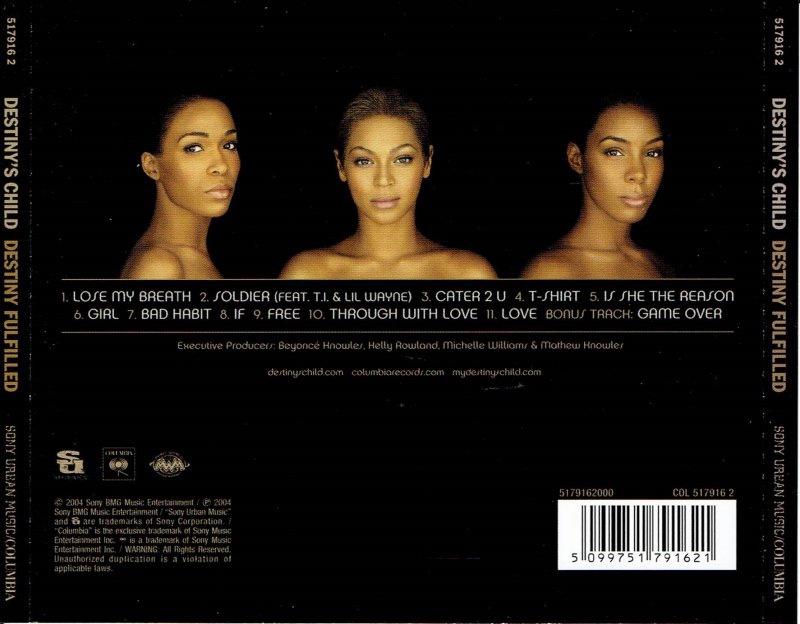