Mary released her third studio album Share My World in April of 1997. This era marked many changes for Blige: she severed ties with Sean “Puffy” Combs, who was a major part of her previous studio albums, she left Uptown Records for its parent company label after Andre Harrell stepped down and Share My World didn’t have the hip hop soul flavor her previous albums had. 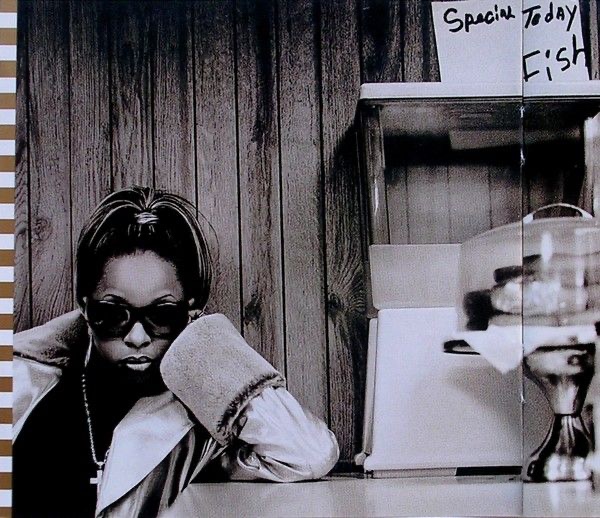 The album also had a lighter mood compared to the dark and foreboding tone My Life had. During the run of her second album, she suffered from depression while battling a drug and alcohol addiction and dealing with her tumultuous relationship with K-Ci Hailey of Jodeci fame.

During the start of this era, Mary made a promise to clean up her life and found herself with a positive outlook on life and it showed on this record from the beginning to the end.

The album debuted at number one on the Billboard 200 & R&B albums charts with 240,000 copies sold first week, being Mary’s first to do so. It has since sold over three million copies, being certified triple platinum by the RIAA.

Ladies and gentlemen, I present to you Mary J. Blige’s Share My World.

I Can Love You featuring Lil’ Kim

This is how you kick off an album! The second single released from the album, I Can Love You contains a sample of Lil’ Kim’s Queen Bitch, and features a verse from the iconic rapper. It peaked at number two on the Billboard R&B/Hip-Hop Charts, and it is a fan favorite. It has been sampled by Ty Dollar $ign & Vince Staples.

Love Is All We Need featuring Nas

A song! Love Is All We Need showed a different side of Mary that was more optimistic and more lighter compared to tunes from My Life. With production from the iconic Jimmy Jam & Terry Lewis, the song contains a feature from Nas, who was riding high off of the commercial success of his second album It Was Written. It was a top 20 hit in the UK, but was not given a physical release in the US. However it was received extremely well as an airplay single and reached number one on the US dance charts.

The song also contains a sample of Rick James’ song Moonshine from his album Glow.

Mary speaks of a love affair that that gone awry and she’s confused as to why he won’t tell her why is it gone so she can move on with her life on this album cut. The song contains samples D’Evils by Jay Z, which samples Go Back Home by Allen Toussaint.

One of the highlights from the album, the title track is an essential Mary track. She sampled and interpolated DeBarge’s 1981 record Share My World and spoke about her lover never not leaving her..she want them to be in each other’s world.

Her performance of this song with Jamie Foxx on The Jamie Foxx show was a moment as well!

Seven Days is a story of friends who find an unlikely spark between each other and has the singer questioning what is going to happen next after the friendship has been “ruined.”

A duet with Mary & Kelly speaks about how it is time that they finally make things official. As of 2019, re-pressings of this album will not include this song or appear on streaming sites due to the documentary Surviving R. Kelly which touches on the abuse young women have endured at the hands of Kelly.

You know any song Babyface does is phenomenal! This soul and gospel influenced record is about a woman who is fighting her feelings with a man she thought she wasn’t in love with and now she misses him terribly. The song was a top 20 hit in the UK, and features singer Shanice on the background vocals. 🙌🏾

We love a hit record! Everything is literally what the title entails: everything. Released as the third single from the album, Everything speaks about a love so genuine and pure that they are truly the singer’s world and means a lot to them. The song peaked at the top 5 of the R&B charts. 🙌🏾

The song contains samples of You Are Everything by The Stylistics, The Payback by James Brown & an interpolation of Sukiyaki by A Taste Of Honey, which was originally sung by Kyu Sakamoto.

Written by Mary and her sister LaTonya (who is a phenomenal SONGWRITER by the way,) Keep Your Head is an uplifting number from the pair. I can relate to this song in so many ways because it is a struggle everyday, but I just have to be optimistic and keep my head up to the sky.

Can’t Get You Off My Mind featuring The LOX

A hip hop soul song that you can always expect from Mary, Can’t Get You Off My Mind features the hip hop group The Lox, and is an awesome album cut. 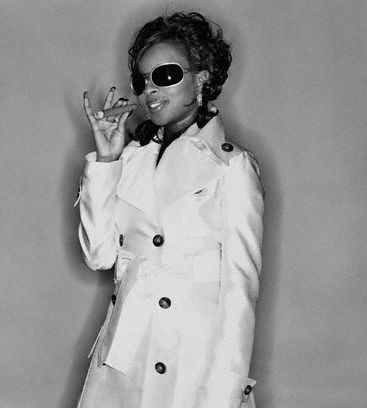 Get to Know You Better

NOW THIS IS MY SONG Y’ALL! I truly adore Bryce Wilson’s songwriting and production capabilities. You may know him from Groove Theory with Amel Larrieux, but in the mid 90s…he was in his production bag (i.e Toni Braxton’s You’re Making Me High). Well anyways, Get To Know You Better is basically a song about getting down that path of love by figuring each other out so you can have that successful love.

The song contains an interpolation of Stevie Wonder’s My Cherie Amour.

Searching is another gem from the masterpiece. It contains a sample of Roy Ayers Ubiquity’ Searching.

A cover of Natalie Cole’s classic record, Mary makes it her own. It is definitely one of my favorite Natalie Cole covers!

Originally featured on the Waiting To Exhale soundtrack, Not Gon’ Cry was one of Mary’s biggest hit singles at the time. Not Gon’ Cry is inspired by the storyline in the film revolving Bernadine (portrayed by Angela Bassett,) who goes through a sour divorce after her husband leaves her for another woman. The song peaked at number one on the Billboard R&B charts and number two on the Billboard Hot 100 charts!

Mary J. Blige reigns supreme always and forever! Share My World was just the beginning of Mary’s path down the road to the land of legendary R&B queens. Mary went on to release more successful albums, but it’s something special about Share My World that was so authentic, raw and pure. No one can do any better. -MJ.