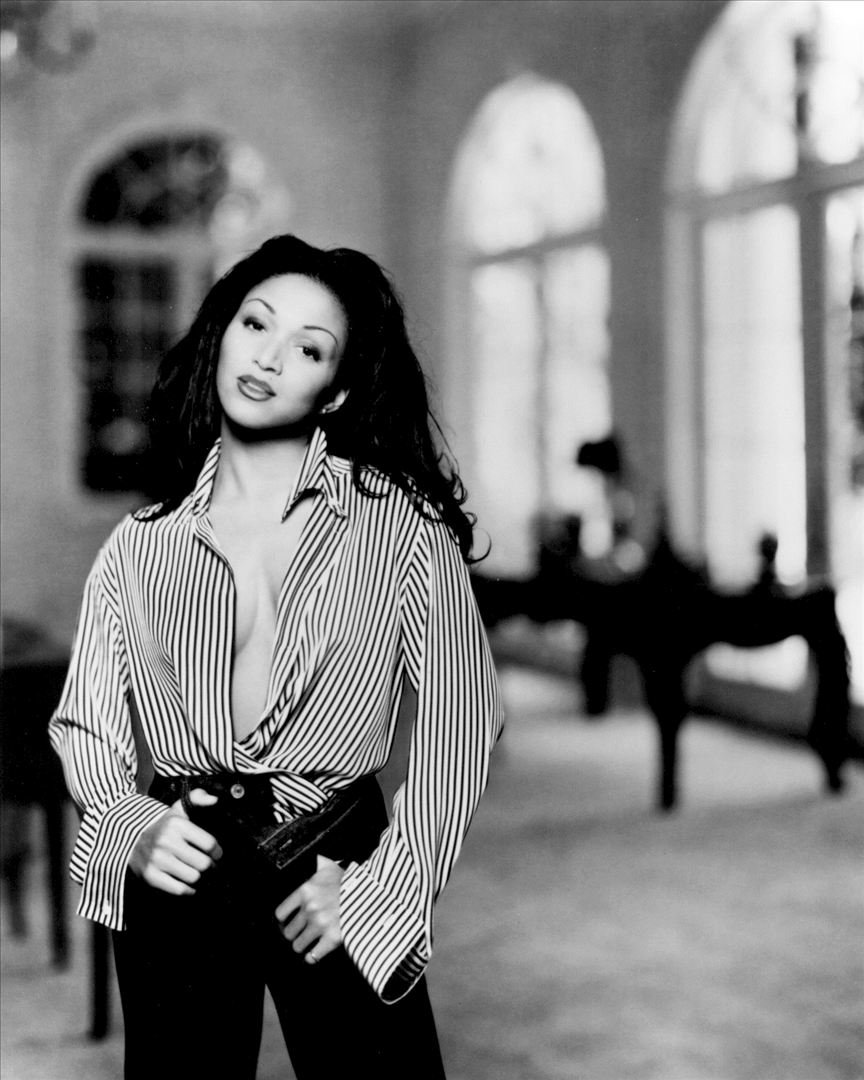 Chanté Moore was a breath of fresh air when she burst onto the R&B scene almost 30 years ago. The Grammy nominated songstress has amazed audiences for decades with her unforgettable voice, her usage of the whistle register and her music that’s rooted in R&B/Soul, gospel and jazz. She was discovered by MCA Records executive Louil Silas, and the rest is history.

Chanté’s journey began with 1992’s “Precious.” Precious is an ALBUM OKAY? It is truly an album I can play with zero skips. If you ask me, it is Moore’s best. It is an exuberant & romantic affair, with some somber and heartbreaking elements. Precious made Moore a household name, and rightfully so. The Precious album peaked in the top 20 of the charts, and was certified Gold by the RIAA, and is one of the most amazing quiet storm albums you’ll ever hear.

The lead single from the album is a quiet storm classic. Peaking in the top 20 on the charts, Love’s Taken Over is the one.

The title track shows Moore in love and she doesn’t want to let it go!

A BALLAD FOR YOUR ASS! We get to see our good sis let herself down with this song. Another hit for Moore, It’s Alright has the singer telling her lover that they will make it through their rough patch.

Finding My Way Back To You

A song! The lyrics tell a tale of Chanté is trying to get back to the one she loves’ heart.

Listen to My Song

Listen to My Song is one of my highlights because it is a soulful serenade.

As If We Never Met 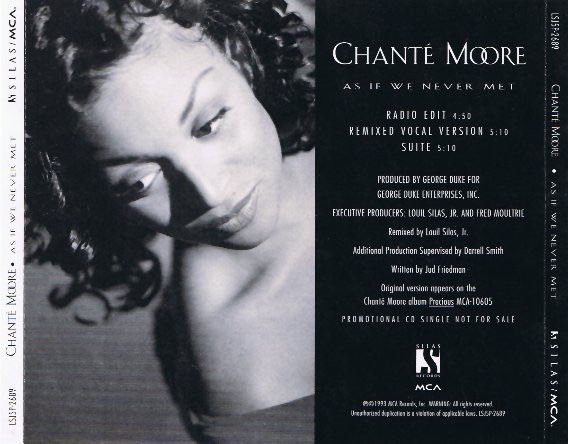 One of my all time favorites by Chanté. If you don’t feel her pain and heartache through this song, you don’t have a soul!

Candlelight And You featuring Keith Washington

Originally on the soundtrack to the 1991 film House Party II, Candlelight & You is the perfect duet! Keith & Chanté are musical soulmates, and we don’t discuss that enough!

Who Do I Turn To

Who Do I Turn To should’ve been a bigger hit! When I say mama put her foot down in that studio booth! It is purely magic. Her usage of the whistle register in this song is remarkable.

Chanté wants that old thing back! Although things have changed for the lovers, she wants to be taken back to when things were sweet and innocent. The Brazilian influenced instrumental makes the song so soothing and mesmerizing.

Claim me as your own, I don’t mind possession. You know, and I know..you’re my obsession.

One of the gems on the album rests here. This is totally going to be played at my wedding reception because it is a sexy song in a nutshell.

I love this song! With background vocals from BeBe Winans (who wrote and produced the record,) Chanté sounds so great here. 10s across the board.

A quiet storm version of her breakthrough hit.

Chanté would go on to release more albums and have a successful career which is still going strong to this day. She is one of my favorite musicians and she truly deserves all of her accolades for being one of the best to ever do it. – MJ