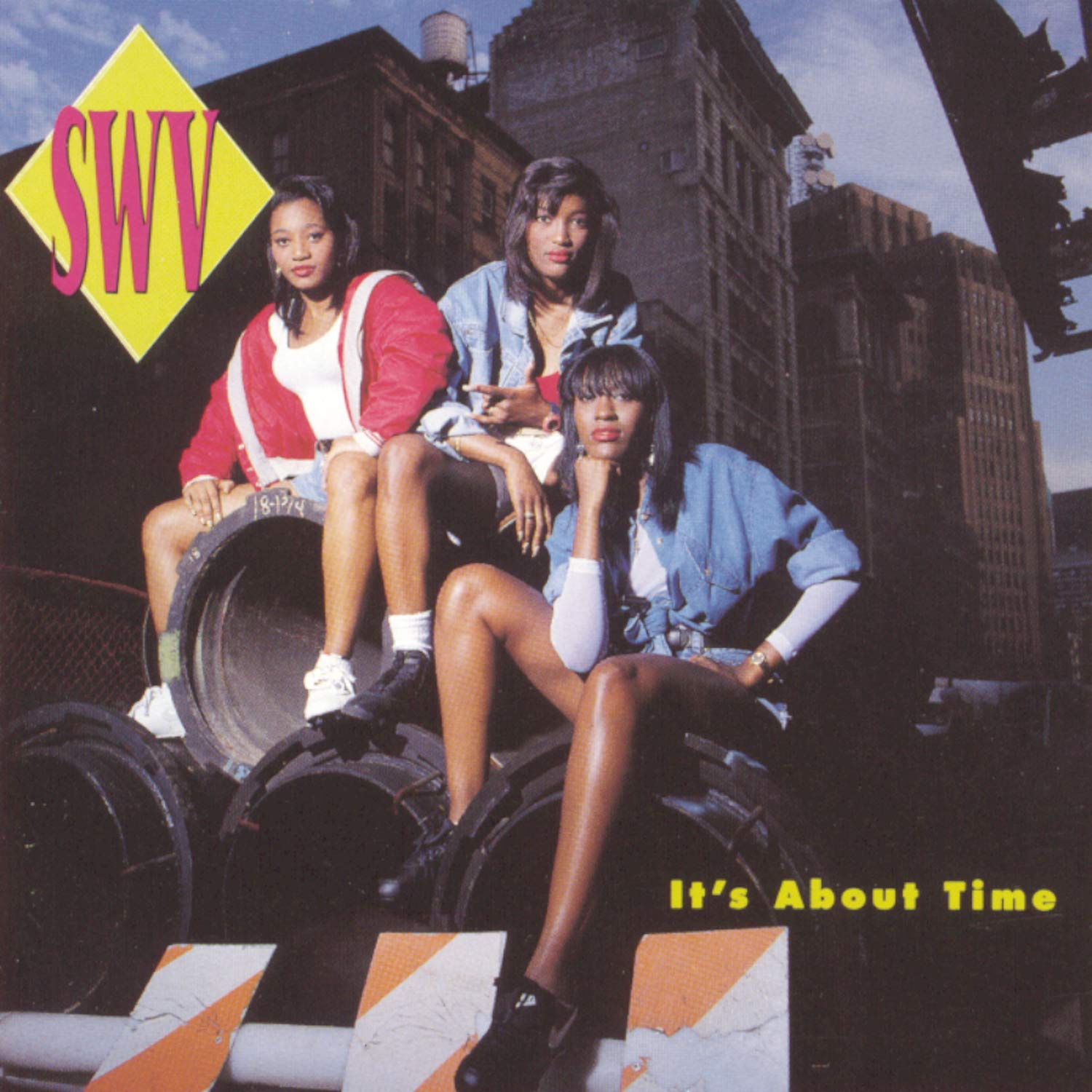 SWV (Sisters With Voices) is one of the best girl groups of all time. Selling over 19 million albums & 35 million records worldwide, SWV was one of the most successful R&B groups of the 1990s. Cheryl “Coko” Gamble, Tamara “Taj” Johnson-George & Leanne “Lelee” Lyons have voices of angels and we’ve had a love affair with them since their debut album, “It’s About Time.”

It’s About Time is a flawless R&B album with elements Of the sub genre New Jack Swing. From start to finish, but it is a great collection of R&B ballads, uptempo numbers influenced by New Jack Swing and hip-hop. Coko is the lead singer, and showcases her Gospel roots as the soprano and has been named a vocal acrobat. Taj is the group’s mezzo-soprano, giving a more jazzy and blues sound to her voice. Lelee is the group’s contralto, singing the lower parts.

Released October 27th, 1992 (April 8th, 1993 for the copies with the Right Here/Human Nature Remix,) It’s About Time was top 2 on the charts, and certified triple platinum. The album earned the group a Grammy nomination for Best New Artist. It’s About Time showed the world that it IS their time..and they were here to stay.

Ladies & Gentlemen, I present to you: SWV’s “It’s About Time.” 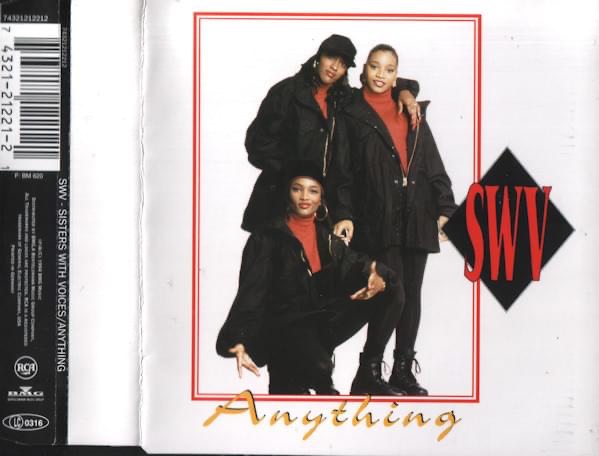 ANYTHING IS ONE OF THE MOST SEXUAL SONGS EVER RELEASED. It serves as the intro to the album and is so sultry. Ah, we love a quiet storm ballad! It also was remixed for the Above The Rim soundtrack! A whole bop.

Anything was sampled by Drake for his song “Shot for Me.”

I’m So Into You 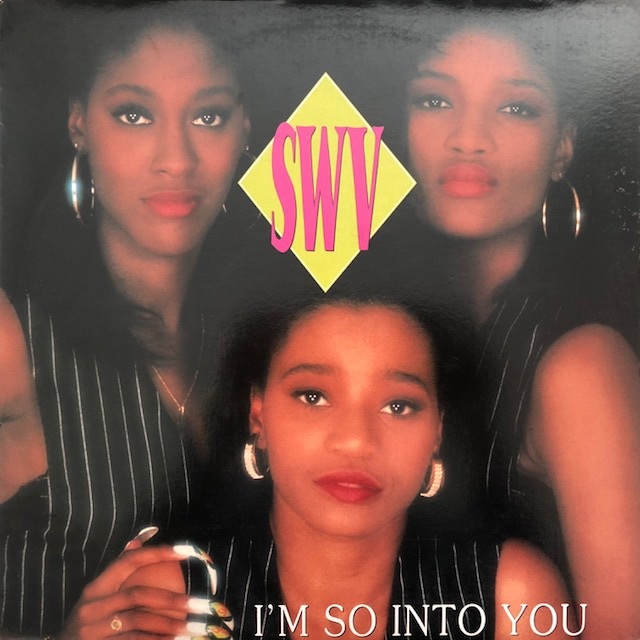 I’m So Into You is the second single from the album. It is purely a classic! A top 2 hit on the charts. The new jack swing influenced bop samples Rufus, Betty Wright, Peabo Bryson, Parliament, Pigmeat Markham & interpolated by Angel & Chris Brown.

The original version of Right Here is so slept on. The debut single from their album, the new jack swing influenced record has the women listening to Coko about a man she likes. The video is also noted for showcasing the ladies dancing abilities. It samples The Headhunters’ “God Make Me Funky.”

A whole HIT! If you ask me, it is one of the best songs released in the 90s. Penned by their frequent producer and songwriter, Brian originally wrote the song for Charlie Wilson. The lyrics were based on his feelings towards former label mate Chante Moore. It gave the ladies their first pop & R&B hit, and was one of the most successful singles of 1993, selling over a million copies.

It was covered by R&B singer Jojo on her debut album.

A ballad! “If You’re Always On My Mind” isn’t in your top 5 SWV songs, please re-evaluate your entire life. A top ten hit on the R&B charts, the ballad is a mesmerizing look at a love affair between two lovers. The song samples “Yearning for Your Love” by The Gap Band, sampled by K. Forest and is interpolated by Drake & A1

The lyrics to Downtown are NOT that subtle haha! The lyrical content is about a couple experimenting with oral sex, and the man gets to pleasure his lady. Downtown was the fourth single from the album, released as a B-side to Right Here/Human Nature, which made it a number one hit.

Downtown is one of my favorite songs (not only cause of the lyrics, 🤫😂 but because of the production and how stellar the ladies sound. The production gives me quiet storm jazz vibes with a dab of new jack swing. I still can’t believe Coko initially thought the song was about going shopping..like come on girl! Lol.

Coming Home is one of my highlights from the album. Convincing her lover that she’s coming home to be with him and to not be afraid. Her love is here to stay.

Give It To Me featuring MC Maestro

The hip hop influenced “Give It To Me” is a whole bop!!

Blak Pudd’n is Downtown jr. lol! It is basically a guy and a woman going back and forth about eating her 🐱 🤭🙊 It samples Nice & Smooth, Quincy Jones, Biz Markie & Lafayette Afro Rock Band.

The title track is my favorite song on this record. Coko was serving the girls VOCALS! 🙌🏾 effortlessly. It samples The Isley Brothers “Summer Breeze & is sampled by Remy Banks.”

Think You’re Gonna Like It is a nice bop for when you’re getting close with a guy and you want to make love.

That’s What I Need

One of my favorite songs ever, That’s What I Need is saying what we long for in a lifetime partner.

SWV (In The House)

A mini a capella of Weak served as the outro on first pressings on the album. 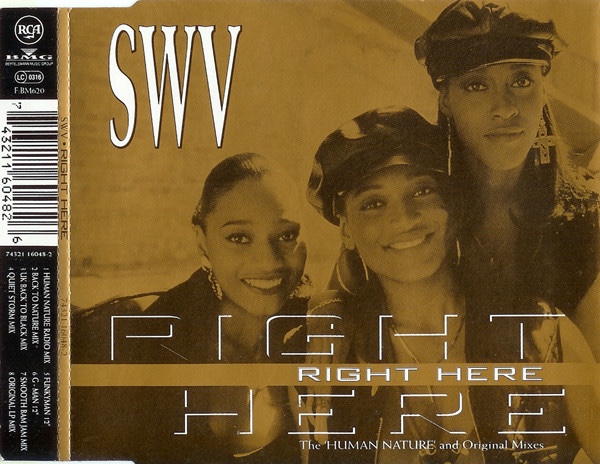 One of the group’s biggest songs is their remix of the Right Here song. The remix was produced by Teddy Riley & heavily samples Michael Jackson’s Human Nature. It peaked at number 1 on the charts and is easily one of the most memorable songs from the 90s.

It also is sampled by Chris Brown, Tamar Braxton and SWV themselves.

SWV reigns supreme for their debut album alone. They would go on to release more music and still today! It was about time, that we had substance in the music industry with the Sister With Voices. -MJ