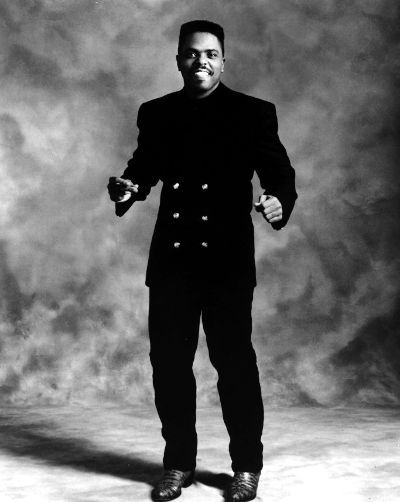 Glenn Jones is one of the most underrated male R&B musicians. For over 3 decades, Glenn has blessed the R&B charts with his powerful gospel influenced voice.

Glenn deserves his flowers because his range was crazy, & he’s one of the kings of Quiet Storm! One can say he’s responsible for most of the mid 80s to early 90s babies being here because he is the KING of love songs.

Albums Released: With a Made Up Mind.

Glenn’s career began as a gospel singer for the group “The Modulations,” which was based in his home state of Florida.

Albums Released: Feel The Fire, Everybody Loves a Winner, Finesse, Take It From Me, Glenn Jones.

Glenn ventured into R&B music and had his first solo hit with Melancholy Fire, which was featured on Norman Connors’ “Take It To The Limit” album.

When Glenn moved to Jive Records, he released one of his biggest successes “We’ve Only Just Begun (The Romance Is Not Over).

His self titled album also featured a cover of The Chi-Lites’ “Oh Girl.”

Albums Released: All For You, Here I Go Again, Here I Am, It’s Time.

Glenn continued to be a hit maker throughout the early 90s with his first number one hit “Here I Go Again,” & “I’ve Been Searchin’ (Nobody Like You).

Glenn was always be one of the best vocalists ever. Anyone who tells you they don’t know ONE Glenn Jones song, cut them off.

Glenn Jones music stands the test the time because he came from an era that was all about love & having that love from your significant other. You felt every lyric he sang about on his most known records. THAT is a legend. -MJ