Chanté Moore was going to pop up on my list of appreciation posts sooner or later. If you know me personally, you know Chanté is MY girl! For over 25 years, Ms. Moore has wowed the entertainment industry with her incredible beauty and voice! The Grammy nominated legend is showing no signs of slowing down with her 7th studio album being released this year. Here’s why Chanté Torrence Moore is a legend that deserves her flowers:

Duets are Chanté’s forte okay! She’s dropped some memorable duets starting with Keith Washington! I Love You is my favorite.

& the iconic Contagious with Ronald Isley & R. Kelly? A bop! If you don’t know this song by heart & cant sing it with your friends as an unit..you cannot be trusted.

I know the days of Kenny & Chanté are long gone, but their cover album is STILL FLAMES okay?! Their cover of the Ashford & Simpson classic “Is It Still Good To Ya?” Perfection. (S/N): Chanté & Kenny have two duet albums, but this post will focus on Chanté’s solo projects. 🔥

Favorites: It’s Alright, Love’s Taken Over, As If We Never Met, Who Do I Turn To, Candlelight & You, Listen To My Song, Sexy Thang, Because You’re Mine, Precious.

Chanté’s debut album is nothing but flames, y’all. Everyone doesn’t have the range to shake the table with their debut, but CHANTÉ HAD TIME FOR ALL OF THESE HEAUXS. Precious is one of these quintessential albums that have to play from start to finish.

My highlights are It’s Alright, As If We Never Met, Listen To My Song, etc..every song. Chanté became the queen of Quiet Storm music ever since dropping this album. 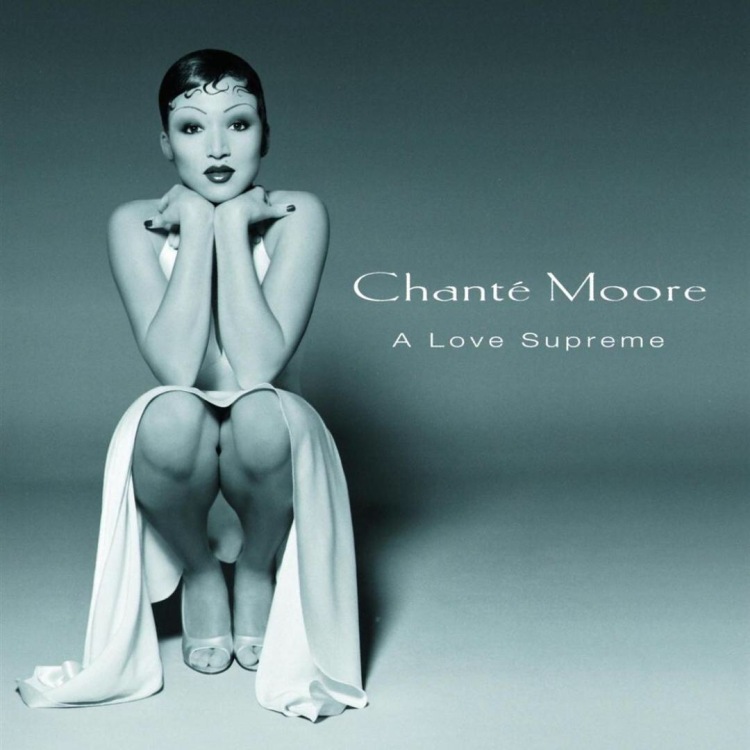 Favorites: I’m What You Need, Free/Sail On, Mood, Searchin’, My Special Perfect One, I Want To Thank You, Thank You For Loving Me, Am I Losing You, A Love Supreme, Old School Lovin’.

A Love Supreme is everything you should expect from a R&B musician. You can tell Chanté grew up in the church, because of her immaculate gospel influenced ballads (I Want To Thank You, Thank You For Loving Me). A Love Supreme showcases not only Chanté’s influence by gospel music, but the usage of her whistle register (I’m What You Need, & paying homage to the old school (Free/Sail On, Old School Lovin’,) Chanté delivered yet another quality record that stands the rest of time.

Favorites: If I Gave Love, Chanté’s Got A Man,  I Cry To Myself, Easy, I See You In A Different Light, I’ve Got To Love, In My Life, This Moment Is Mine, Love & The Woman.

The album title is right. In 1999, the moment was Chanté’s. She had one of the biggest singles released that year (Chanté’s Got A Man). Ms. Moore had the world at her fingertips, & she released an album that reeled more and more people in.

Her signature song not only rests here, but some of her best work. The Diane Warren penned “I See You in a Different Light” is duet with Jodeci’s K-Ci….& is a major highlight on the album for me. Vocals y’all!. I Cry To Myself is another highlight for me. It’s my life story & I feel like Chanté made this song to explain how I feel to the world sometimes. The rest of the album gives you vintage Chanté!

Favorites: Straight Up, Bitter, Train of Thought, Take Care of Me, I’m Keeping You, When It Comes To Me, Better Than Making Love, Love’s Still Alright, You Can’t Leave Me.

Exposed comes a year after This Moment Is Mine & is a great follow up. Working with producers Jermaine Dupri, Tim & Bob, Jimmy Jam & Terry Lewis, Exposed was Chanté’s chance to have crossover success. She did overseas with the lead single Straight Up!

One of the popular songs from the album is Bitter. Since Chanté was going through a divorce at the time, it’s quite understandable how the song could be tied into her personal life. I think we are all guilty of having that “bitter” phase after a relationship goes sour. I love this song! 😩😂

With bops like Better Than Making Love & Train of Thought, Exposed deserved to be a critical and commercial success! 😩😭

Favorites: Special, Do for You, First Kiss, It Ain’t Supposed To Be This Way, Love The Action.

Love The Woman is Chanté’s first solo album since 2000s Exposed, & she doesn’t disappoint! She worked with George Duke, Raphael Saadiq (Tony! Toni! Tone!, Lucy Pearl) & Warryn Campbell (Mary Mary, Shanice, etc) on this album..& what they came up with nothing but flames. 🔥😩

Favorites: Talking In My Sleep, Cry Me A River, Jesus, I Want You, Giving You My Always, On & On, Don’t Make Me Laugh.

Released during her reality TV days on R&B Divas: LA, Moore Is More is the most underrated album of 2013. Chanté showed the girls that her voice is still amazing and that she’s the queen of quiet storm music.

Favorites: Chasiń, Real One, Something To Remember, On His Mind, I’d Be A Fool, Pray, SuperLover, Pressure, Offa-You, Saving Grace, Breathe,

The Rise of the Phoenix is proof that you can’t count out a legend! Chanté shows that she still is IT! Her bops are with the singles Real One & Something To Remember, but Pressure, Chasiń & I’d Be A Fool are strong contenders for new singles down the road.

Chanté came through with a quality album in 2017 (I lost all types of hope cause it’s only a handful of albums released this year that I actually like). Ballads like Back To Life bring back memories of the essential Chanté that we fell in love with. Stellar vocals, great production. The Rise of the Phoenix does not disappoint. 🙌🏾🔥

With that being said, Chanté deserves her flowers because she’s a vocal beast! She doesn’t get the recognition she deserves outside of her signature hit, but baby when she sings it..it’s a masterpiece that can’t go unnoticed (watch the live performance above). Take a look into her discography and understand why she’ll always be an important figure to the R&B scene.