In 1992, Madonna was solidified as an icon and the Queen of Pop. After the success of her house music inspired song “Vogue.”

Her controversial #1 single “Justify My Love” was also released the same year..& in my opinion began the era of Madonna being criticized for “doing too much” for her NSFW videos and for being too sexual in her body of work.

Mind you that in today’s world, women are able to be more open with their sexuality and not be chastised for doing so. With the rollout of the Erotica and the coffee table book “Sex,” Madonna caught heat for being overly sexual and “going too far.” Truth be told, Madonna is one of the women who paved the way for women to own their sexuality in the 21st century. 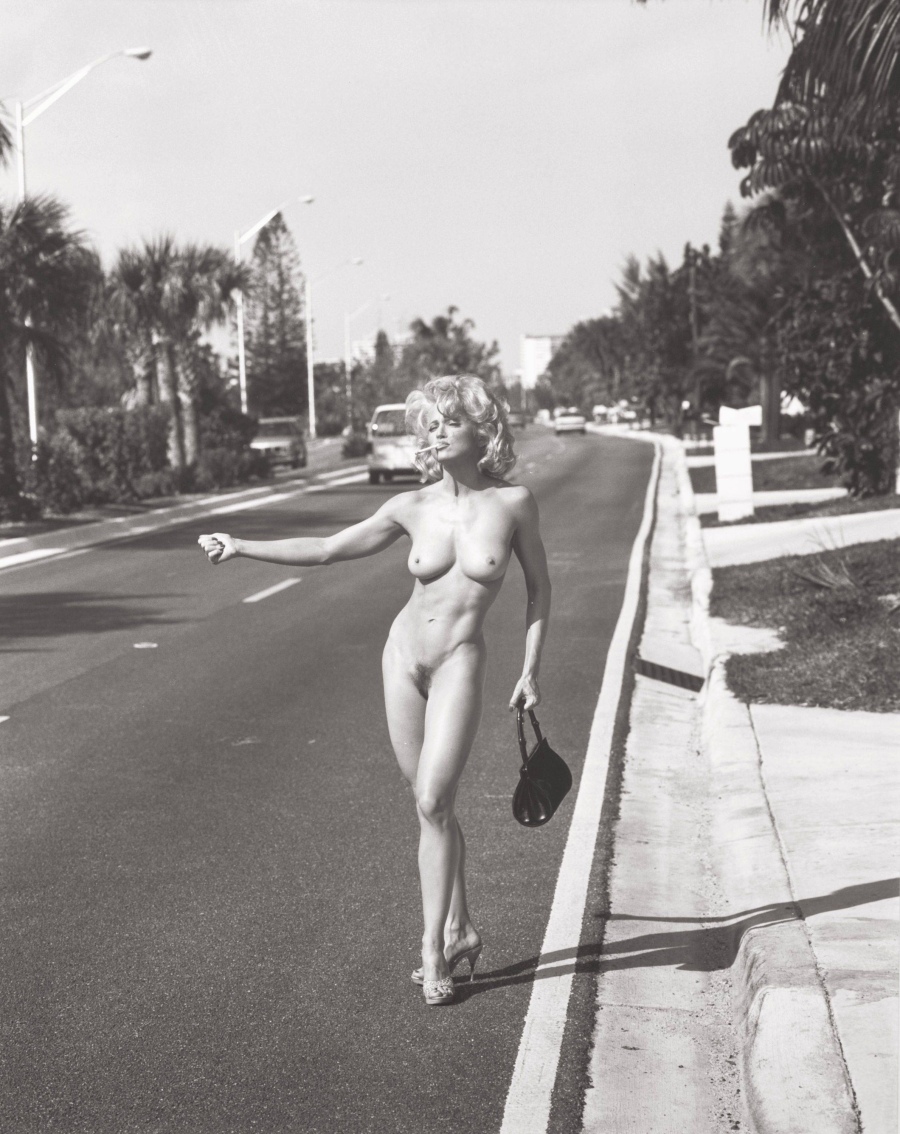 The unfortunate thing about the controversy surrounding the “Sex” book is that Erotica is overlooked…& is the most overlooked album in her catalog, as well as the 1990s. Since the days of the backlash, Erotica has been considered to be one of the most revolutionary albums of all time by the Rock and Roll Hall of Fame. Erotica was a groundbreaking moment in regards to feminism. At the time, no one wanted to talk about sex, love, and death with such boldness and fearlessness. Also, don’t even get me started on LGBT+ social movements. Madonna always pushed the envelope, and that is why she will always reign supreme.

A concept album about sex and romance, Erotica is a pop and dance album with elements of disco, house, techno and new jack swing for some of the songs that have more of a R&B sound to it. The lyrical content is so underrated because all of the songs aren’t of a sexual tone, and actually is one of Madonna’s most personal albums (I’ll explain soon!)

Released October 20th, 1992, the album peaked at number two on the Billboard 200 charts..becoming her first album to not peak at number one. The album later was certified double platinum, and has sold more than six million copies worldwide.

Ladies & gentlemen, I present to you: Madonna’s “Erotica.” 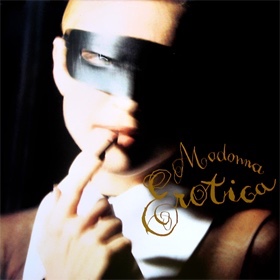 I like to think of the title track as “Justify My Love’s” baby. Erotica is a dance record with elements of trip hop and new jack swing..with spoken word vocals from Madonna.

Using the name of her alter ego Mistress Dita (she is paying homage to Dita Parlo, who is an actress who was unapologetic,) she is giving an ode to S&M by exploring other sexual experiences and fantasies. The videos contains footage of the making of the Sex book, with cameos from Big Daddy Kane and Naomi Campbell. The song samples Kool & The Gang’s “Jungle Boogie.”

Produced by Madonna and Shep Pettibone, her cover of Peggy Lee’s “Fever” was a house music/hip-hop homage to the classic pop standard. It was a number one hit on the dance club charts.

Bye Bye Baby basically asks questions to a lover she is about to abandon. A response to misogyny? We LOVE to see it! I love everything about Bye Bye Baby..sis is reclaiming her time and fed up with his BS..Sampling Jiggling Baby by LL Cool J, Think (About It) by Lyn Collins and Keep On Movin’ by Soul II Soul.

This is not a love song..

We love a Disco bop! Deeper and Deeper is one of my highlights from the album!!! Lyrically the song could be seen as Madonna singing about sexual desires, but in my opinion, I agree with most critics that the song can be seen as a narrative for self-acceptance for LGBT+ people. Being a black queer man, there isn’t always a lot of room for acceptance. When I discovered this song as a kid, it made me love and appreciate Madonna as a musician.

The song was a number one hit for Madonna, and contains interpolations of Do-Re-Mi by Julie Andrews in “The Sound of Music,” and Vogue by Madonna.

Where LIfe Begins is not that subtle, haha. Lyrically, this song is about the pleasures of oral sex and also promotes safe sex. Everything from the jazz influences to the piano introduction, to the promise from Madonna promises to teach “a different kind of kiss” to the listener.

Bad Girl is an amazing song and placed well on this concept album. While the album is about the many takes on sex, Madonna’s Bad Girl basically shows how sex can be damaging if you’re not emotionally there. The party girl in the song feels bad for her lifestyle, and it eventually catches up with her as we saw in the video to the song.

WAITING….FOR YOU. DON’T BREAK MY HEART!!! Now this is one of my favorite songs from the album. Madonna & Andre did what they had to do. The R&B/Hip Hop influences on this record is orgasmic and has Madonna addressing rejection and unrequited love. It has been described as a sequel to “Justify My Love.” It contains samples of “Papa Was Too” by Joe Tex, and “Sneakin’ In The Back” by Tom Scott.

A hip hop influenced song, Thief of Hearts is a dark song that has Madonna letting someone know to not try to get her lover’s attention. She started the song off breaking glass and calling her a “bitch.”

I love Words. It continues the format “Thief of Hearts” set and warns you of the dangers words have on the soul. 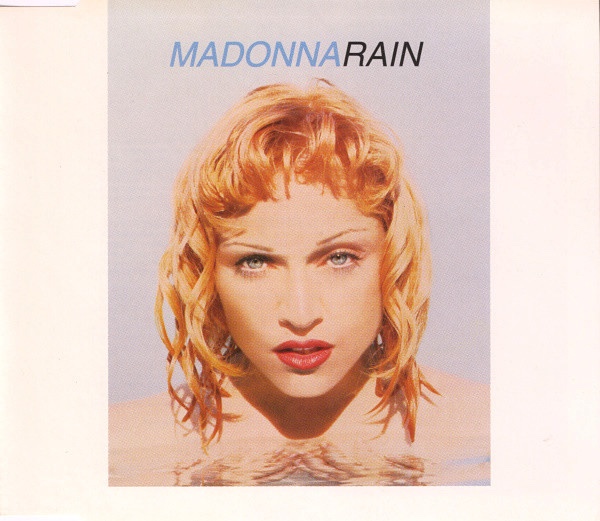 Rain has to be in the top 10 of Madonna’s sexiest songs of all time. Being used as a metaphor for women being sexually pleasured, Rain always will get you in the mooooood.

Why’s It So Hard

Ain’t no bullshit when it comes to Madonna! By now, we should know that she doesn’t shy away from telling the world how messed up things are. She does just that on “Why’s It So Hard.” She speaks about the racism and injustices people of color face and how hard it is for society is to love and accept others for who they are.

At this time in her career, Madonna was considered to be a gay icon, especially after the monumental “Vogue,” which paid homage to the gay ballroom scene. Madonna was also very sex positive, promoting safe sex in her music and inserting safe sex guideline and warning about the dangers of HIV/AIDS in copies of her “Like A Prayer” album. Madonna pushed the envelope, but did it even further in a ballad titled “In This Life.”

Recorded at the height of the AIDS epidemic and where it was taboo to discuss such matters publicly, Madonna wrote this song for some of the most important people in her life (Christopher Flynn, Martin Burgoyne & Kieth Haring) who have lost their lives to it.

People pass by, and I wonder who’s next. Who determines, who knows best. Is there a lesson I’m supposed to learn in this case…ignorance is not bliss.

Madonna also ends a song with a prayer that she hopes the plague ends during her lifetime. It contains an interpolation of George Gershwin’s “Prelude No. 2.”

Did You Do It featuring Mark Goodman & Dave Murphy

A song that has producer Andre Betts rapping, it started out as a joke while they were mixing Waiting while Madonna was out of the studio, and they played it for her. She liked it, and put it on the album.

Madonna is a phenomenal entertainer who uses her platform to make the world a better place. Critics at the time unfortunately may have overlooked Erotica because of the Sex book, but what doesn’t change is that it is one of the greatest albums of all time.

A dark masterpiece, phenomenal, iconic….Erotica is nothing short of dopeness. Madonna will always reign supreme for taking taboo topics and shoving them down everyone’s throats in a good way. Music is nothing without a message, and Madonna will forever give us the best ones. -MJ