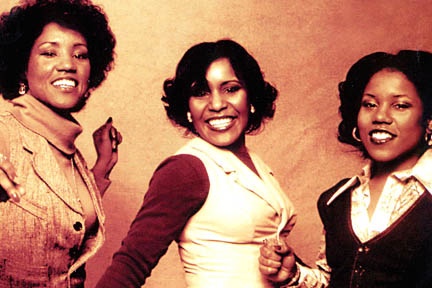 The Emotions are one of the most influential girl groups of all time. The ladies have blessed the world with great tunes due to their strong connections to the music industry (Isaac Hayes & Maurice White from Earth, Wind & Fire).

The group is so influential, that the acts that came after that, couldn’t do anything without appreciating these lovely ladies..& giving them the flowers they deserve!

Albums Released: So I Can Love You.

Starting as a gospel group called “The Heavenly Sunbeams,” The Hutchinson sisters that consisted of Wanda, Sheila & Jeanette (younger sister Pamela joined later on) signed to Stax Records in the late 60s, & released their debut album under the guidance of the late & great Isaac Hayes & David Porter.

The group continued to release music through the Stax label until it became defunct in the mid 70s.

The group signed to Columbia Records, & they formed a professional relationship with Maurice White Of Earth, Wind & Fire..& the rest is history. Their number one hit record “Best of My Love” is one of the best songs ever.

Albums Released: New Affair, Sincerely, If I Only Knew.

The group continued to drop memorable tunes in the 80s.

The Emotions will always reign supreme when it comes to girl groups. The girls still perform to this day, being appreciated for the Legends they are. Cherish them always! -MJ